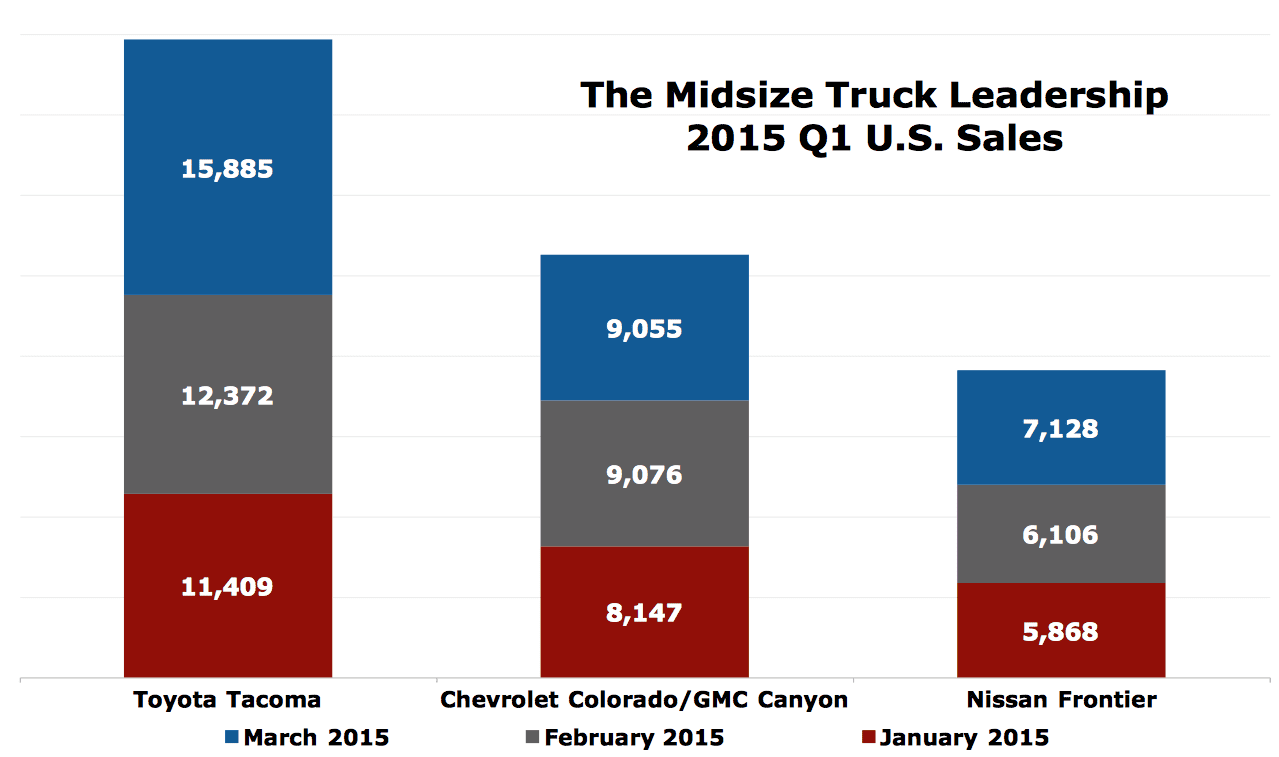 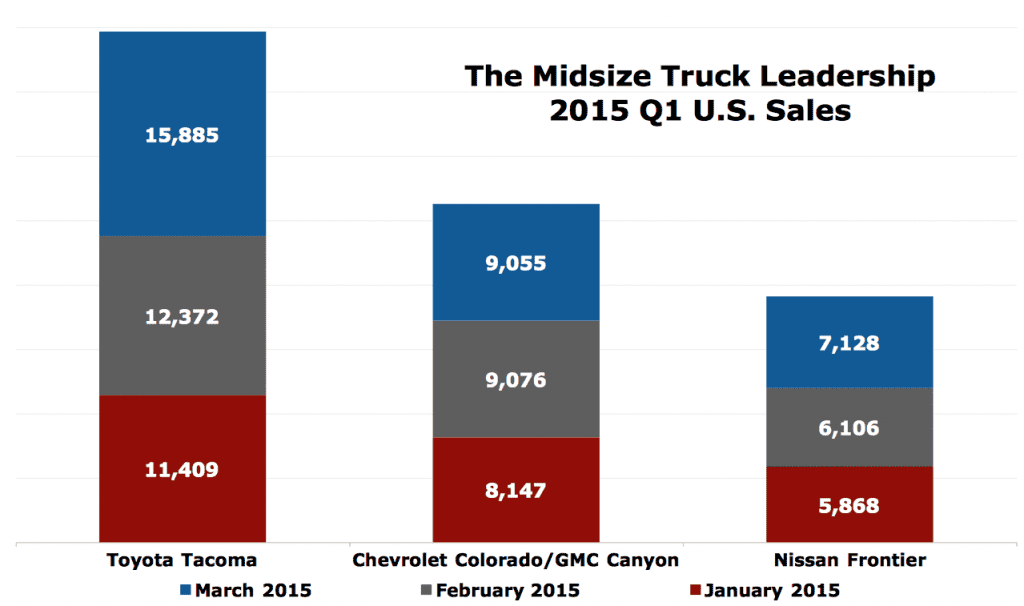 The rapid ascent of the new Chevrolet Colorado finally slowed in March 2015 with month-to-month growth amounting to only 58 extra sales. Colorado volume has increased every month since the new truck arrived last fall, from 1491 units in its first full month of October to 6621 units in March. But even with an overall pickup truck market that was 17% larger in March than in February, Colorado sales grew by just 0.9% during the same period.

Its twin, meanwhile, didn’t sell as often in March as it did in February, sliding from 2513 sales two months ago to 2434 last month.

While we’re not suggesting for a moment that Colorado/Canyon sales are on the downturn – we would need longer-term numbers and year-over-year figures to properly gauge such a trend – it does appear as though demand may not have the potential to grow too far beyond 10,000 units per month. 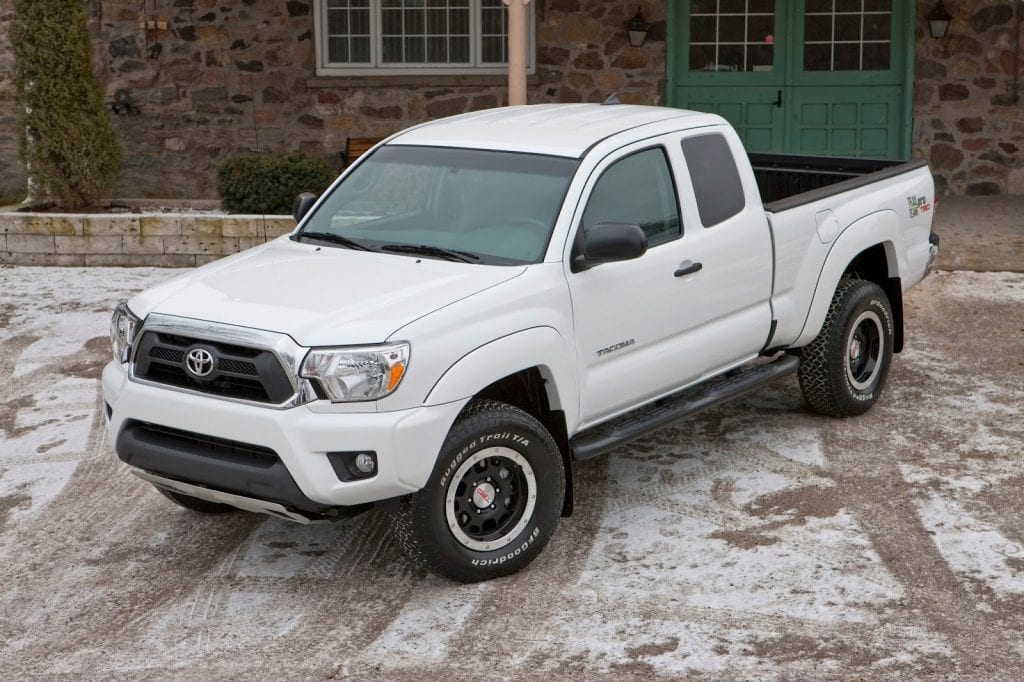 The best-selling non-full-size truck in America, therefore, continues to be the Toyota Tacoma. March 2015 was the first time Tacoma volume has shot beyond 15,000 units in two years, surging to 15,885 sales and its seventh consecutive year-over-year increase. In other words, the arrival of new GM competitors instantly resulted in steady Tacoma sales growth.

The Nissan Frontier also moved back into second spot in the category thanks to the Colorado’s semi-slowdown in March, the first time the Frontier’s slotted in behind the Tacoma since December. Frontier volume decreased by 12 units year-over-year but still totalled 507 units more than the Chevrolet; 1927 fewer than the Chevrolet and GMC combined.

Lost on the outside of the conversation was the defunct first-gen Honda Ridgeline, sales of which tumbled 95% to just 77 units. Excluding the Ridgeline, small/midsize pickup truck sales jumped 49% in March; 60% in the first-quarter of 2015. They account for slightly less than 15% of all pickup truck sales and 2% of all new vehicle sales.