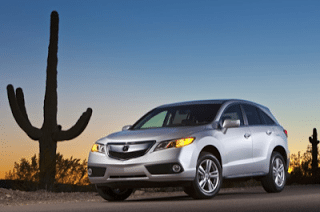 Infiniti EX sales have fallen in the United States, on a year-over-year measuring stick, in 28 consecutive months.

Audi has reported six straight months of year-over-year increases with the Q5. Acura’s up to 13 in a row with the RDX. Land Rover matches Audi’s six straight with the Evoque. Mercedes-Benz GLK sales have risen in eleven consecutive months. And the Volvo XC60? Though brand sales in the United States haven’t been particularly strong the last couple years, the XC60 has sold better, year-over-year, in 16 straight months.

Before you think that year-over-year changes only measure, well, year-over-year change, keep in mind that these small luxury crossovers are, for the most part, not the lowest-volume vehicles in America. The Acura RDX ranks 33rd among SUVs and crossovers. The Audi Q5 currently sits in 38th. BMW’s X3 and X1 are in 46th and 53rd positions, respectively. The GLK ranks 43rd among all utility vehicle nameplates, and the Volvo XC60 is in 56th. In other words, the Acura outsells 55 different SUVs and crossovers. And the group of nine accounts for 4.3% of SUV/CUV volume in America this year, even more if you don’t count the Audi A4 Allroad as a car.

But the RDX isn’t the most popular luxury brand crossover in America, not by any stretch. Lexus’s value-priced RX, which we’ve previously compared with smaller utilities as well as midsizers, sells more than twice as often as the surging Acura. And the Cadillac SRX and BMW X5 both sell more often than all nine of the vehicles listed in the first table below. So does the Buick Enclave, which we’ve banished back to the mainstream list on the advice and pleas of many a GoodCarBadCar reader.

Fear not Enclave lovers: all SUVs and crossovers were already ranked, and you can easily see how the big and beautiful Buick outsold nearly three-quarters of all utility vehicle nameplates in the first four months of 2013. And for those who don’t want to see their small and midsize luxury SUVs broken down into two separate groups, the accompanying chart links them together. Large luxury SUVs can be seen here, and all will be joined in a new year-to-date rankings post for luxury SUVs and crossovers shortly, just like the one we did earlier today for all 56 luxury cars.

You can click any model name in the tables below to find historical monthly and yearly U.S. sales data. You can also select a make and model at GCBC’s Sales Stats page. These tables are now sortable, so you can rank U.S. luxury SUVs and crossovers any which way you like. Suggestions on how GCBC should break down segments can be passed on through the Contact page.