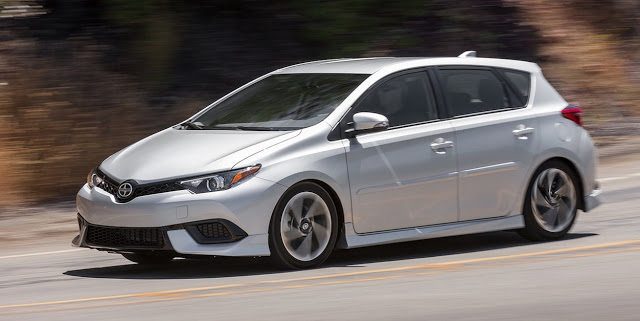 U.S. sales of passenger cars took a 7% hit in September 2016, but compact cars bucked the industry trend by falling just 1%, a scant 1397-unit downturn that can be blamed in large part on the discontinued Dodge Dart.

Dart volume tumbled 63% as FCA prepares to wind down the company’s lone mainstream compact car. While there were other compact sedans that reported fewer sales this September than last, the losses of such models – Focus, Civic, Elantra, 3, Lancer, Sentra, Impreza, Golf – were counteracted by gains from the segment-leading Toyota Corolla and a finally resurgent Chevrolet Cruze, among others.

Subcompact volume, on the other hand, fell harder and faster than the car market at large. Led by the Nissan Versa, which slid 36%, U.S. sales of subcompact cars plunged 9%, hampered by losses at Toyota and Ford as well as Nissan.

In both the compact and subcompact sectors, sales are compiled in a different fashion in September because of Scion’s death. The iA, essentially a Mazda 2 sedan, is now marketed as a Toyota Yaris iA, not a Scion iA.

The Scion iM, meanwhile, is now operating under the Toyota Corolla iM banner. For the time being, Toyota is distinguishing the sales figures of these variants from the Yaris and Corolla, so we are as well.

Source: Automakers & ANDC
* vehicle also displayed in another GCBC segment breakdown
° Yaris and Corolla breakdown with Scion products moving to the Toyota brand
GCBC isn’t here to break down segments, an impossible task for any group, but to display sales data for the sake of comparison. The more ways sales data can be displayed, the better. This explains why you’ll see the Encore and XV Crosstrek are listed with small SUVs, too, and the Acura ILX shown with mainstream cars is also displayed with luxury cars… because readers have wanted it both ways. You can always find the sales results for EVERY vehicle and form your own competitive sets by using the All Vehicle Rankings posts.