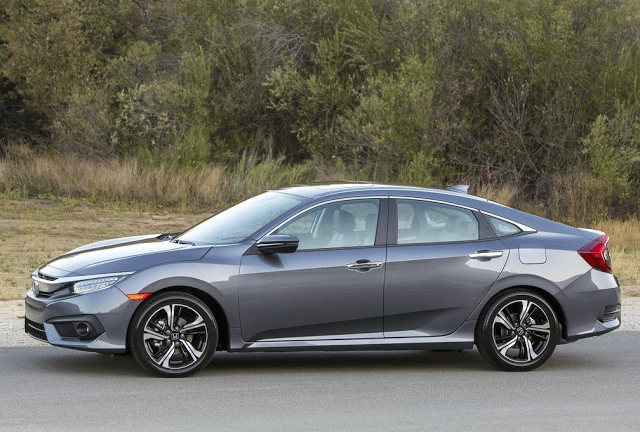 Honda Civic sales in the United States jumped 20% in the final one-third of 2015 as Honda cleared out remaining ninth-gen Civics and launched its all-new, highly regarded tenth-gen, 2016 Honda Civic.

Nevertheless, even with a strong finish, the Civic still trailed the class-leading Toyota Corolla 28,000 sales by year’s end. 2015 was the second consecutive year in which the Toyota Corolla, America’s second-best-selling car overall in 2015, led the compact car category.

U.S. car volume dropped 2% in 2015, but the compact class was strengthened by the two class leaders, among others, and total volume increased 2% despite sharp losses from the Buick Verano, Chevrolet Cruze, Ford Focus, and Volkswagen Jetta. Total Volkswagen Golf volume nearly doubled compared with 2014, total Subaru Impreza sales were up by a fifth, and double-digit percentage increases were posted by the Kia Forte and Nissan Sentra.

Subcompact car sales, on the other hand, fell 9% as more consumers recognized that compact cars are sufficiently affordable, often equally (if not more) fuel efficient, more refined, and more spacious. Aside from the discontinued Mazda 2, the sharpest losses were recorded by the Chevrolet Sonic and Kia Rio.