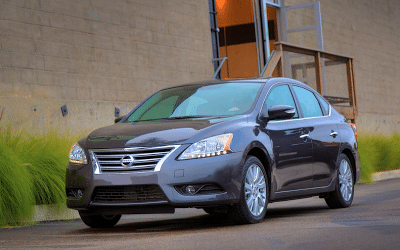 Perhaps November isn’t the fairest of occasions in which to judge the state of small cars in the United States.

See, compacts are up 7.2% this year. Subcompact growth, at 4.6%, is only slightly slower than the growth achieved by the overall passenger car market. Because of the Chevrolet Spark, the smallest small cars have proven to be far more common a purchase this year than in 2012. Wannabe hot hatches like the Hyundai Veloster, Scion tC, and Fiat 500 haven’t fallen that far through eleven months.

However, compact car sales were down 3.3% in November 2013. Subcompacts – all ten of them – were up by just twelve units. Those city cars were down 4.3%, and those hot hatches fell especially hard, 12.9%, last month.

Consumers are spending more money than ever before on new cars, they’re willing to adopt longer payment plans to make those more expensive cars affordable, and they’re willing to drive cars that aren’t necessarily the most efficient cars available.

Regardless, the Honda Civic was America’s best-selling small car in November 2013. The biggest year-over-year improvement among compacts was reported by the Nissan Sentra. The biggest YOY declines were posted by the two more premium players, Acura’s ILX and the Buick Verano.

You can click any model name in the tables below to find historical monthly and yearly U.S. auto sales data. You can also select a make and model at GCBC’s Sales Stats page. These tables are now sortable, so you can rank compacts, subcompacts, city cars, warm hatches, and urban crossovers any which way you like. Suggestions on how GCBC should break down segments can be passed on through the Contact page.