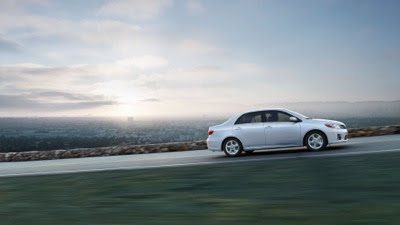 At this time last year, America’s nine best-selling small cars, which happened to be the same nine nameplates, accounted for… drum roll… 13.1% of the overall new vehicle market.

America’s top-selling small car at this time last year was the Ford Focus. Sales of the Focus fell 12% in March 2013 and 6% in the first quarter of 2013. Meanwhile, sales of the top-selling Toyota Corolla (which Toyota USA annoying tallies with the Matrix) have climbed 17% this year. The Corolla and Matrix were up 11% in March.

The Corolla has certainly proven to be a popular choice of late, even now in its latter days, even as it continues to bore enthusiasts to death. In March, the Corolla/Matrix duo outsold the three most popular subcompacts combined. Put another way, it outsold the combined totals of the Toyota Yaris, Toyota Prius C, Mazda 2, Kia Rio, Hyundai Accent, Honda Fit, and Chevrolet Sonic. Two-thirds of the subcompacts on sale in America posted year-over-year declines last month. One size class up, the Focus, Civic, Forte, 3, Lancer, Sentra, Impreza, SX4, and Golf did so, as well.

We never cease to point out that you can click any model name in the tables below to find historical monthly and yearly U.S. (and Canadian) sales data. You can also select a make and model at GCBC’s Sales Stats page. Those tables are sortable, so you can rank U.S. small cars any which way you like. Suggestions on how GCBC should break down segments can be passed on through the Contact page.