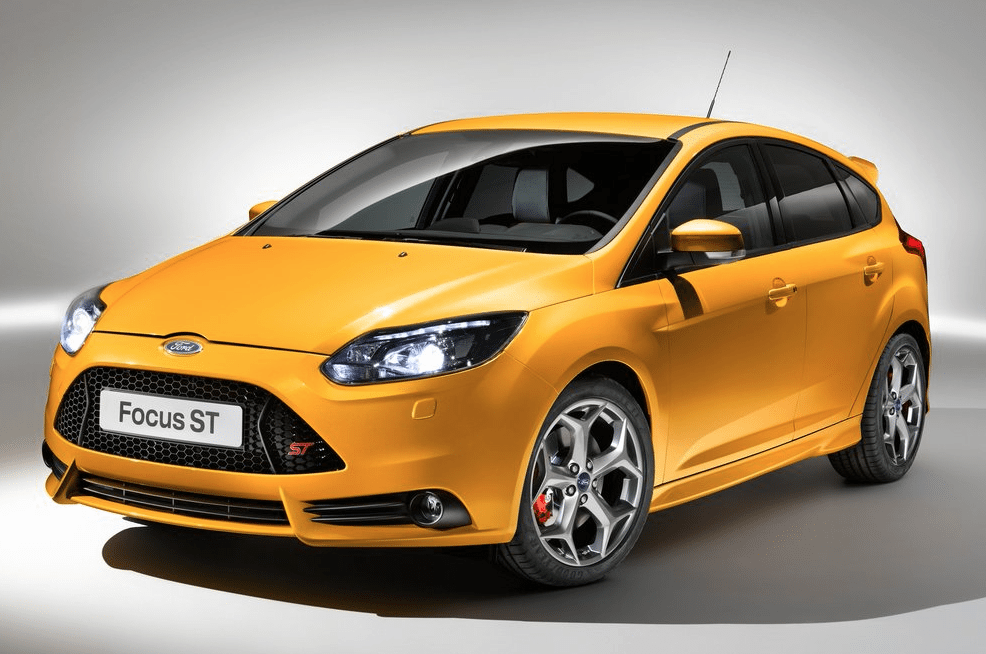 Symptomatic of a struggling U.S. compact car market, Ford hasn’t sold more than 16,000 copies of the global best-selling Focus in any of the last five months. Previous to this, Focus sales had topped 16,000 units in 20 consecutive months.

In fact, in eleven of those 20 months, Ford sold more than 20,000 copies of the Focus in the United States. Theories from automotive enthusiasts suggest a halo model like the Focus ST will pay off with greater awareness, and thus greater sales, of the regular lineup. That hasn’t yet proven to be true. 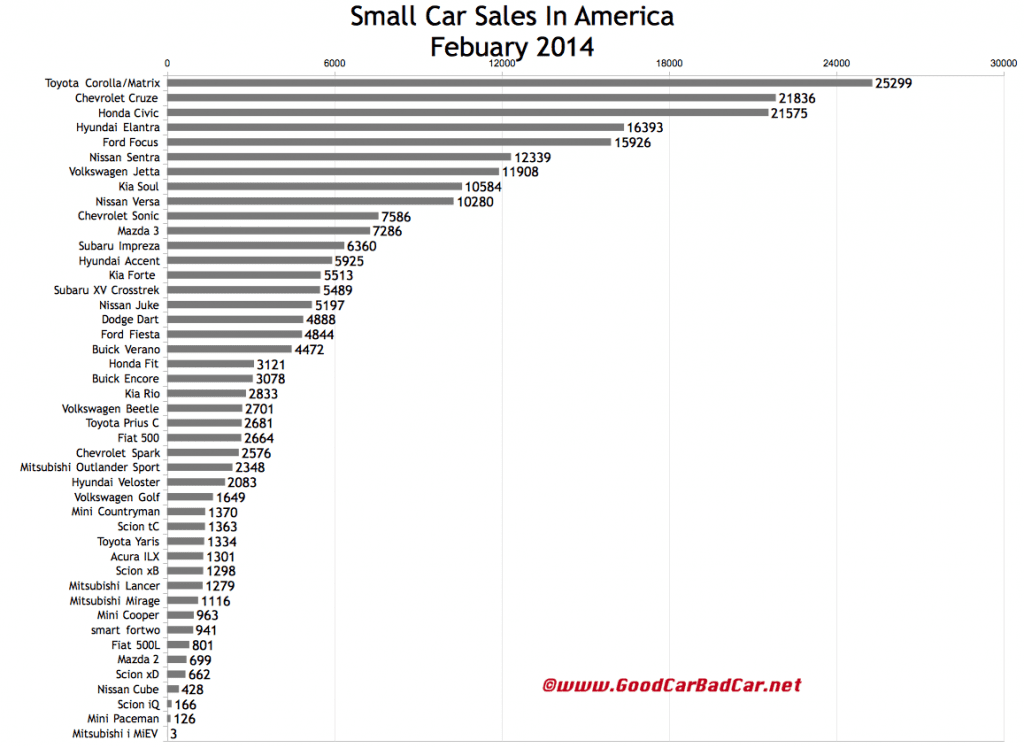 The Focus has a long list of rivals, but perhaps no rival more direct than the Chevrolet Cruze. Cruze volume has increased each year since the model was introduced, and Chevrolet has recorded an early 19% year-over-year boost through the first two months of 2014. If anything, the diesel-powered Cruze is the nameplate’s halo car, but it’s exceedingly rare. HybridCars.com says only 508 – just 2.3% – of the Cruze’s February volume was generated by the diesel car.

The Cruze did outsell last year’s compact leader, the Honda Civic, in February 2014. That wasn’t enough to make it the segment leader, however, as total Toyota Corolla volume climbed above 25,000 units.

You can click any model name in the tables below to find historical monthly and yearly U.S. auto sales data. You can also select a make and model at GCBC’s Sales Stats page. These tables are now sortable, so you can rank small cars – city cars, warm hatches, subcompacts, compacts, and urban crossovers – any which way you like. Suggestions on how GCBC should break down segments can be passed on through the Contact page.