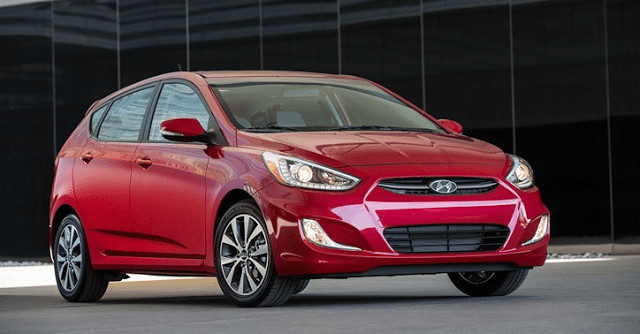 In a declining passenger car market, U.S. sales of compact cars grew faster than the overall industry in April 2015, rising 6% to more than 190,000 units.

April wasn’t an anomaly. In a flat car market through the first one-third of 2015, compact car sales are up 7%, not only bucking the trend of the passenger car category but growing faster than the industry as a whole.

Subcompact sales, meanwhile, are declining this year but surged 9% in April 2015 as the Chevrolet Sonic returned to healthy volume; despite a decline in sales of the segment-leading Nissan Versa. 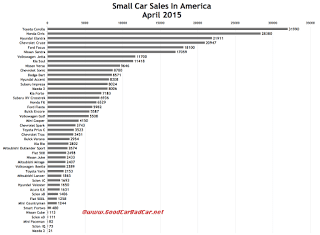 Powering the compact category were gains from the class-leading Toyota Corolla, Honda Civic, and Hyundai Elantra. The Dodge Dart’s rapid rate of expansion continues, and a tripling of Golf sales at Volkswagen overcame a Jetta deficit. (SportWagen sales, remember, are migrating from the Jetta nameplate to the Golf. Jetta sedan sales were up 5% to 11,440 in April.)

Among subcompacts, the Chevrolet Sonic recorded its best month since August of last year, the Ford Fiesta reported increased sales for the first time since May of last year, Honda Fit volume improved for the eighth consecutive month, the Hyundai Accent posted its second-best month of the last three years, and Toyota Yaris volume exceeded 2000 units for just the second time since September 2013.