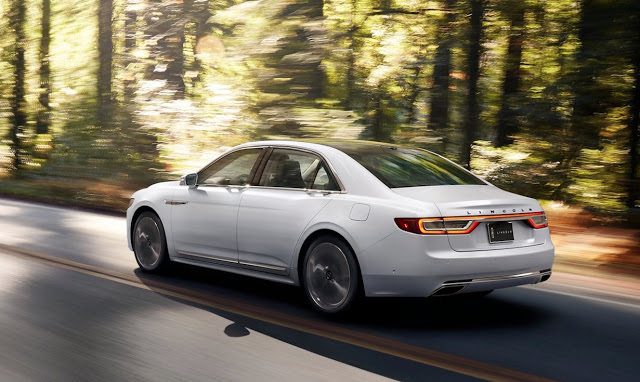 But the three newest products added to the U.S. auto industry’s fleet in September 2016 were all luxury sedans. The Hyundai Equus is dying, the Genesis G90 has stepped in to fill its place. Lincoln’s MKS is dying, the Lincoln Continental produced its first 775 sales in September. And lo and behold, Alfa Romeo is not just a sports car brand in America anymore. The Giulia is here.

Naturally, midst these introductions, pickup trucks earned greater market share in September 2016. From 14.9% a year ago, 11 trucks combined for 16.1% of the market last month. Led by the Ford F-Series, America’s top-selling vehicle overall, pickup truck sales are up 6% so far this year. The overall new vehicle market has ticked up by less than 1%.

With Scion’s discontinuation, sales of the Scion FR-S (now Toyota 86), Scion iA (now the Toyota Yaris iA), and Scion iM (now the Toyota Corolla iM) are included with Toyota. The latter two now form part of the Yaris and Corolla lineups. For the time being, you can see sales figures under the Scion banner here for the models which did not transition.

We have also changed the way we display the sales figures of four Volvo models. The Volvo S60 and S60 Cross Country are now tabulated as one car, as are the V60 and V60 Cross Country. We continue to display as much S60 and V60 info as Volvo declares, but the cars are now linked. Volkswagen also began selling the Golf SportWagen-based Alltrack at the end of September. Although Volkswagen didn’t show Alltracks in the brand’s monthly sales release, we sourced Alltrack sales info from Volkswagen’s PR department and hope to be able to include the Alltrack in the Golf’s total in the future, as well.

Reminder: these are 2016 year-to-date rankings, but you can sort vehicles by September volume by clicking the September 2016 column header, or you can rank vehicles by improvements or declines using the % columns. Or, most importantly, you can list automakers together by selecting the Vehicle column header.

Source: Automakers & ANDC & WSJ
* Italicized, asterisked, unranked lines are nothing more than available breakdowns, already included in the model’s total, not in addition to the model’s total.
² Total Prius Family sales: -22.6% to 12,475 in September; -25.6% to 105,558 YTD.
³ Hyundai USA combines sales of the Genesis and Genesis Coupe. Mercedes-Benz USA, not GCBC, is also intermittently combining E-Class and CLS-Class sales figures.
° Overall market figure is a combination of all reported sales figures and HybridCars.com  estimate for Tesla.
` FCA figures in this space include Alfa Romeo, Chrysler, Dodge, Ferrari, Fiat, Jeep, Maserati, and Ram.
† Tesla figures are estimates from HybridCars.com.
Sales data for brands such as Aston Martin, Ferrari, Lamborghini, Lotus, Rolls-Royce etc. are unfortunately not broken down by model. estimates say sales for Aston Martin and Lotus in 2016’s first nine months were 774 and 126 units, respectively.
Tesla, unfortunately, doesn’t release model-specific monthly U.S. sales data, but we source estimates from HybridCars.com and The Wall Street Journal.
HybridCars.com Model S sales estimate: +95.2% to 4100 in September; +20.9% to 21,400 YTD.
HybridCars.com Model X estimate: +43,233% to 2600 in September; +214,900 to 12,900 YTD.
WSJ Model S estimate: +4.5% to 2300 in September; +28.4% to 19,450 YTD.
WSJ Model X estimate: 1300 in September; 7450 YTD.