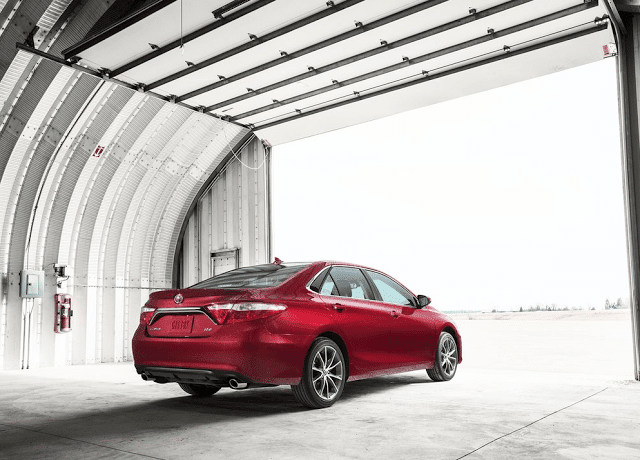 Can a conventional compact hatchback and a Mazda-derived subcompact sedan save Toyota’s Scion brand?

U.S. sales in September 2015 were certainly much healthier than at this stage a year ago, one year before the iM and iA arrived. The brand posted a 57% year-over-year improvement in September, the greatest year-over-year percentage increase of any car brand in America. (Only Land Rover, an SUV-only brand, grew faster.)

Scion sold 2035 copies of the iA sedan in the model’s first month of availability plus another 1353 iM hatchbacks. Scion also hasn’t run out of xBs to sell, either, as that model was down just 6% to 1117. Along with 778 FR-S sports cars, a handful of iQs and xDs, and 1208 tC sales, Scion sold 6510 cars in America in September 2015, the best month for the brand since September 2012, the last time a new model arrived to assumptions that it, the FR-S, was going to rescue Scion.

Scion, of course, is hardly the stuff of mainstream conversations, far less so than in the past, too. Only 1% of the new passenger cars sold in America in September 2015 were Scions. Its Toyota parent company sold five times more Camrys than Scions last month, four times more Corollas, and nearly twice as many Lexus cars.

The Camry, meanwhile, continues to be America’s top-selling passenger car and America’s fourth-best-selling vehicle line overall. While year-to-date volume through the first three quarters of 2015 is down 3%, the Camry surged along with many of its rivals in the booming month of September, which featured an extra selling day (compared with September 2014) and included the high-volume Labour Day weekend’s activity, which the September 2014 tally did not.

All seven of America’s seven best-selling cars recorded year-over-year increases in September 2015 – only three of those cars have posted growth through the first nine months of 2015.

Reminder: these are year-to-date rankings, but you can sort cars by September volume by clicking the September 2015 column header, or you can rank cars by improvements or declines using the % columns. Or, most importantly, you can list automakers together by selecting the Car column header.

Source: Automakers & ANDC
* Italicized, asterisked, unranked lines are nothing more than available breakdowns, already included in the model’s total, not in addition to the model’s total.
² Total Prius Family sales: up 13% to 16,110 in September; down 14% to 141,940 YTD.
³ BMW has traditionally chosen to include sales of the 4-Series within figures for the 3-Series, presumably for year-over-year consistency’s sake, while also combining the 1-Series and 2-Series. Now, since July, we have a 3-Series/4-Series breakdown. (Hyundai does the same with the Genesis and Genesis Coupe.)
Total 3-Series/4-Series sales: down 7% to 11,871 in September; up 9% to 103,582 YTD.
Sales data for brands such as Aston Martin, Ferrari, Lamborghini, Lotus, Rolls-Royce etc. are unfortunately not broken down by model. estimates say sales for Aston Martin and Lotus in the first nine months of 2015 were 765 and 113, respectively. The Wall Street Journal reports 1709 year-to-date Ferrari sales, 801 Lamborghini sales, and 636 Rolls-Royce sales. Tesla, unfortunately, doesn’t release model-specific monthly U.S. sales data, but Automotive News now issues estimates for the brand, and those estimates say Tesla sold 1700 cars in September; 15,300 YTD. HybridCars.com estimates 2400 August Model S sales; 17,700 YTD, along with the first 6 copies of the Model X.