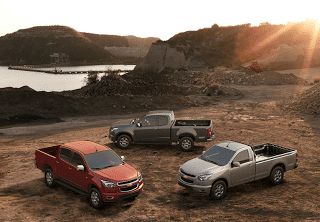 Indeed, Toyota’s best-selling truck is a commonly seen pickup, one which will likely sell even better with the Ford Ranger gone.

That said, Ford sold more F-Series pickups in each week of September than Toyota sold in the whole month. America’s most popular vehicle line also outsold the Chevy Silverado and GMC Sierra, combined, with 5016 units to spare.

Historical monthly and yearly sales figures for all five of these trucks and every other pickup on sale can be accessed free of charge, all day long, through the first dropdown menu at GCBC’s Sales Stats home. Unless you’re viewing the mobile version of this site, you can also make use of that dropdown menu at the top right of this page. GoodCarBadCar published longer lists of best-selling cars and SUVs earlier. Below you’ll find America’s 5 best-selling trucks from September 2012.