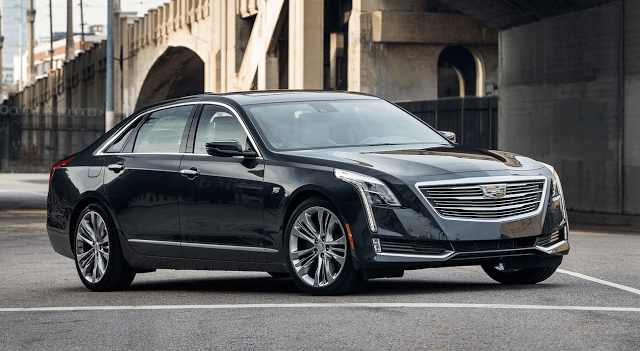 Sharp declines at Toyota, which builds the best-selling Camry and America’s second-best-selling small car, were especially harmful. The Camry, Corolla, Avalon, Yaris, and Prius family combined to lose 12,117 sales in March alone and 23,137 in the first-quarter of 2016.

In each case, the decline was sharper than the rate of decline in the market overall.

With luxury-branded cars, this was most keenly felt with the most popular models. The 26th-best-selling car in America in 2016’s first three months is the top-selling premium brand car, Mercedes-Benz’s C-Class, sales of which fell 13% in March. The next-highest-volume premium car, BMW’s 3-Series, was down 34% in March 2016.

As for the Camry, even its noteworthy 9% drop in March sales didn’t stop the midsize Toyota from easily claiming victory as America’s best-selling car. The Nissan Altima trailed the Camry more than 2000 units in March.

Reminder: these are 2016 year-to-date rankings, but you can sort cars by March volume by clicking the March 2016 column header, or you can rank cars by improvements or declines using the % columns. Or, most importantly, you can list automakers together by selecting the Car column header.

Source: Automakers & ANDC
* Italicized, asterisked, unranked lines are nothing more than available breakdowns, already included in the model’s total, not in addition to the model’s total.
² Total Prius Family sales: down 24.7% to 12,075 in March; down 20.8% to 31,936 YTD.
³ Hyundai USA combines sales of the Genesis and Genesis Coupe.
° Overall figure is the total of passenger car sales from all brands which report model-specific sales figures.
Sales data for brands such as Aston Martin, Ferrari, Lamborghini, Lotus, Rolls-Royce etc. are unfortunately not broken down by model. estimates say sales for Aston Martin and Lotus in 2016’s first-quarter were 258 and 42, respectively.
Tesla, unfortunately, doesn’t release model-specific monthly U.S. sales data, but we source estimates from HybridCars.com.
Model S sales estimate: up 70% to 3400 in March; up 34.7% to 6600 YTD.