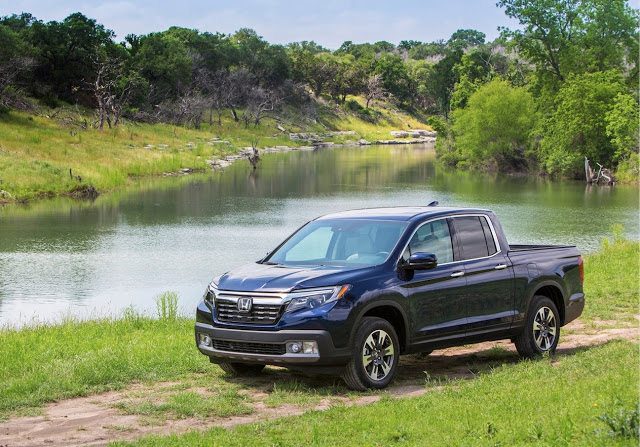 That 39% gain, an 11,536-unit increase, was powered by four of five competing nameplates. (The class-leading Toyota Tacoma slid 5%.) Honda sold 3437 copies of its new Ridgeline, an increase of 3433 sales compared with August 2015. Chevrolet and GMC’s midsize twins combined for 12,605 sales. Nissan Frontier sales nearly tripled to 9537 units, a gain of 5892 sales.

Midsize pickup trucks remain small players overall. 82% of the pickups sold in the United States in August, and 83% through the first eight months of 2016, were full-size trucks.

Though August was a slower month for the Ford F-Series, America’s best-selling line of new vehicles, year-to-date sales of the F-Series are up 7% to 527,847 units, 1.8 times the total achieved by all midsize pickups.

You can click any model name in the table below to find historical monthly and yearly U.S. sales data. You can also select a make and model at GCBC’s Sales Stats page. This table is now sortable, so you can rank pickup trucks any which way you like. Mobile users can now thumb across the table for full-width access. August best seller lists for cars and SUVs will be published soon.