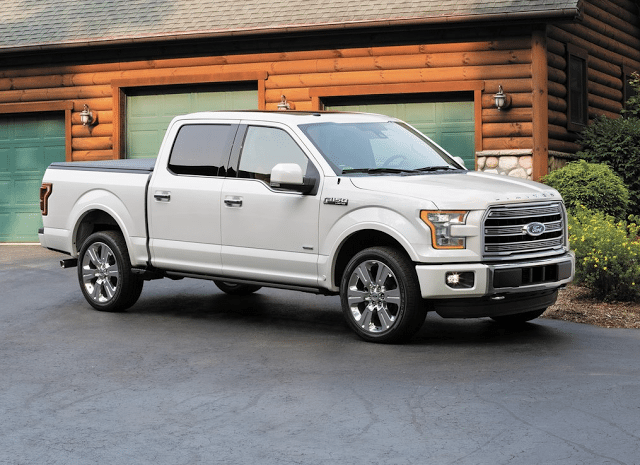 Sales of pickup trucks in the United States jumped 8% in August 2015, a figure highlighted by the fact that the overall industry struggled to match August 2014’s new vehicle sales volume. Pickup trucks were led by the Ford F-Series, which posted a rare 5% year-over-year gain. F-Series sales are down by half-a-percent so far this year.

Ford’s full-size truck line was, however, once again outsold by the full-size twins from General Motors. Chevrolet and GMC combined for 76,218 total Silverado and Sierra sales in August 2015, 4886 more than the F-Series managed. Through the first eight months of 2015, the GM twins lead the top-selling Ford F-Series by 34,178 units. Silverado/Sierra volume is up 14% in 2015.

In fact, all five of America’s top-selling pickup truck nameplates posted August gains, including the fifth-ranked Toyota Tacoma, America’s favourite small/midsize pickup truck. Sales of the Tacoma-led midsize category increased 31% to 29,416 units in August, a gain of 6961 units for market share in the truck arena of 12.6%. Year-to-date, the Tacoma, Colorado, Frontier, Canyon, and Ridgeline are up  49% to 241,213 units.

You can click any model name in the table below to find historical monthly and yearly U.S. sales data. You can also select a make and model at GCBC’s Sales Stats page. This table is now sortable, so you can rank pickup trucks any which way you like. August best seller lists for cars and SUVs will be published soon.