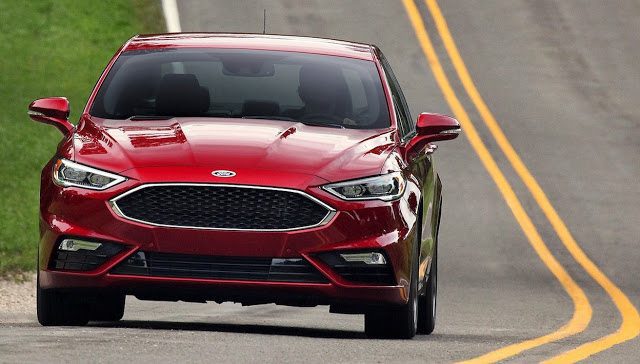 U.S. auto sales slid 6% in October 2016, dragged down by harsh declines at the Ford Motor Company and Fiat Chrysler Automobiles.

Ford, which reported the automaker’s sales figures a day late because of a fire at company HQ in Michigan, saw its Lincoln volume rise 7%, but Blue Oval sales tumbled 13% because of a 31% car drop and a 10% SUV decline.

General Motors, with a 1.7% overall U.S. sales drop in October 2016 (and a 2.5% increase in retail volume) was therefore first to report. Buick’s 7% increase stood out: GM’s three other brands declined. Fiat Chrysler Automobiles’ U.S. October volume took a 10% hit because of declines at the Chrysler, Dodge, Alfa Romeo, and Fiat brand plus a 7% drop at Jeep, the Jeep brand’s second consecutive month of decline after 35 consecutive months of improvement.

With Ford’s sharp decrease, Chevrolet took over as America’s top-selling auto brand for the first time since January 2011, a 68-month gap stretch.

American Honda’s 4% drop was caused mostly by a one-fifth decline at Acura. The Honda brand enjoyed rising Fit, CR-V, HR-V, and Ridgeline sales and slid only 2%. Nissan USA sales slid 2% despite an Infiniti uptick. Sales of the company’s best-selling Rogue plunged 15%.  Hyundai’s 4% improvement was the brand’s seventh increase in the last ten months. Hyundai’s Kia partner reported a 2% drop caused largely by the Optima’s harsh slide. With Scion’s demise, we now show a complete Toyota/Scion picture with divisions that link the tC, xB, iQ, and xD to the old Scion brand. Subaru reported a 59th consecutive month of improvement with best-ever October results fo the brand, the Outback, the Crosstrek, and the Forester.

Keep in mind, October 2016 had 26 selling days, two fewer than October 2015, which was the longest auto sales month of last year and longer than any month this year. GM, for instance, saw its total volume fall 1.7% in October 2016 but the company’s daily selling rate rose 6%. Sans Ford, the daily selling rate grew 2%, suggesting (admittedly incentive-powered) health in the industry.

If you don’t wish to see automakers arranged alphabetically, click column headers to sort automakers by October sales, year-over-year change, year-to-date totals, or any other order. Best seller lists for cars, trucks, and SUVs will be added later this afternoon. In the coming days, GCBC will also publish a complete list of year-to-date sales for every single vehicle line, a list which includes brand results. (Check out the 2015 version here.) You can always find historical monthly and yearly sales figures for any brand by clicking the brand name in the table below or by selecting a make (or model) at GCBC’s Sales Stats page.

Click column headers to sort by specific categories. Using the mobile version of GoodCarBadCar? Thumb across the table for full-width visibility or switch to the web version at the bottom of the page, at which point columns will be sortable.
November 2016 • September 2016 • October 2015 • Updated at 12:03 PM AT on 11.02.2016