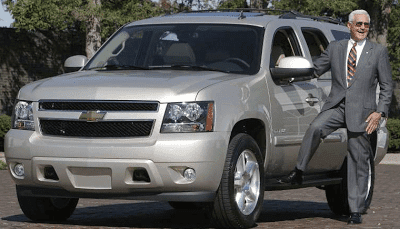 As General Motors begins the clear-out of existing GMT900 SUVs, sales are spiking in advance of the MY2015s arrivals. General Motors owned 78% of the full-size segment in October after reporting massive increases – 57% for Suburban, 51% for Tahoe, 32% for Yukon, 52% for Yukon XL – and ended the month with the first, second, and third-ranked large sport-utility vehicles.

Meanwhile, sales of their rivals grew, as well. Ford Expedition sales grew 32% to 3021 units. The Nissan Armada and Toyota Sequoia were up 22% and 15%, respectively.

Year-to-date, the only SUVs in the category to report year-over-year declines are the Nissan Armada and the Ford Expedition. The segment as a whole is up 12% this year, having risen 39% in October after an 8% slide in September.

With 19,616 sales from the quartet, GM’s four big mainstream brand SUVs combined to outsell Buick, Acura, Cadillac, Audi and more than a dozen other automakers.