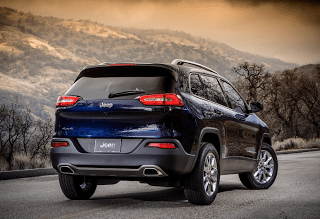 In the end, October sales grew 10.4%, a slightly slower rate of growth than expected, but still better than what we’ve typically been seeing from the industry this year. Through ten months, the U.S. auto industry’s sales volume is up 8% to just under 13 million units. You may recall that Americans registered fewer than 13 million new vehicles in 2009, 2010, and again in 2011.

General Motors, America’s leading manufacturer, reported a 16% increase in volume as all four brands increased in October. Declines among specific models were rare, although the Chevrolet Volt took a 32% hit and is down 3% year-to-date.

More info below the results.

Don’t like to see automakers arranged alphabetically? Click column headers to sort automakers by October ranking, October 2013 sales, year-over-year change, or any other order. Best seller lists for cars, trucks, and SUVs will be added later this afternoon. You can always find historical monthly and yearly sales figures for any brand by clicking the brand name in the table below or by selecting a make (or model) at GCBC’s Sales Stats page. The + icon has been removed from year-over-year improvements. Look instead for red font to designate year-over-year declines.

Hyundai volume rose by 3284 units in October thanks to another big jump from the Santa Fe and an 18% uptick in Elantra volume. Volkswagen’s very disappointing 18% decline came as Golf sales plunged 23%, Jetta volume slid 13%, and Passat sales slid 13%. While Volkswagen tumbled, the VW Group’s second-best-selling brand, Audi, posted a YOY improvement of 11%. The Q5 was a gain a leader, rising 39% to 3380 units. Porsche generated six out of every ten sales with the Cayenne and Panamera.

Mazda 3 sales fell 19% as leftover 2013 3s and all-new 2014 3s competed for attention. Mazda 6 sales doubled. Mitsubishi added 991 sales to the U.S. auto industry in October, which isn’t something we’re accustomed to saying. Mini’s Countryman was again the company’s best-selling variant, outselling the conventional Cooper Hardtop by 560 units. BMW relied on Mini for 17% of all BMW-Mini volume in October, down from 18% a year ago. BMW was outsold by the Mercedes-Benz brand (Sprinter-excluded) by 2495 units in October. 4895 of the Benzes sold were entry-level CLA sedans.

Kia’s declines continue: October marked the fifth in 2013’s ten months. 66% of the vehicles sold by American Honda, including Acuras, were Civics, Accords, and CR-Vs. Toyota, the provider of America’s best-selling car, say they sold 92,026 passenger cars across three brands in October, a 3% increase. Volvo’s decline was its seven this year and its third consecutive drop.