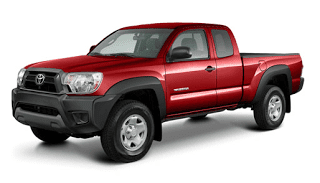 The answer to that question is always the same: Ford’s F-Series. Accounting for 5.2% of all new vehicle sales in October 2012, the F-Series stole the show, as usual, by beating Chevrolet’s Silverado by nearly 18,000 units. The truly successful Toyota Camry sold slightly more than half as often as the F-Series.

But let’s scroll down to the bottom and work our way back up. The Chevrolet Malibu, not yet fully in the swing of things with its eighth-generation model, nudged the Kia Sorento out of the top 30 with 14 units to spare. Honda’s Odyssey ended October as one of four Hondas to crack the top 30; all the others are in the top 10. The Odyssey trails the 26th-ranked Dodge Grand Caravan by 11,194 sales through ten months. Pair the Dodge with its Chrysler Town & Country twin and the Auburn Hills pair would slot in behind the Chevrolet Cruze for 12th spot.

Every Vehicle, All 265, Ranked By U.S. October YTD Sales

Toyota’s 22nd-ranked Tacoma pickup is often forgotten by casual observers as a result of the gargantuan volumes achieved by the F-Series and Silverado. But the Tacoma outsold very successful machines like Jeep’s Grand Cherokee and Wrangler in October, and is only 11,686 sales behind the GMC Sierra through ten months. Its share of the pickup truck market may be small, but the pickup truck market is a big market, indeed.

There are plenty of truck buyers to recruit, and Toyota has already found more Tacoma buyers in the first ten months of 2012 than in all of 2009, 2010, or 2011. The Tacoma’s October ranking of 22nd is the highest it’s been all year. Through three quarters of 2012, the Tacoma ranked 29th among all vehicles.

As will always be the case in the future, historic brand and corporate totals (monthly and yearly going back to 2002) are now available through the dropdown menu at GCBC’s Sales Stats page, along with results for more than 260 currently sold vehicles. That’s where you’ll find out that Honda sold 177,919 Odysseys in 2006, when the market was much larger.

Below, you’ll find detailed sales figures for all 30 of America’s most popular vehicles from October 2012. Pertinent links to other best seller lists are clickable at the bottom of this post and searchable at this Best Sellers page.