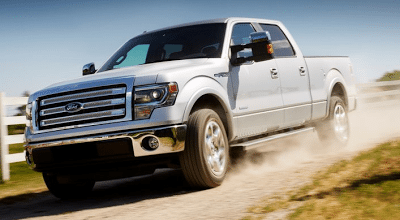 An eclectic bunch they are not. In fact, this group of best-selling trucks is arranged in the same order as it was last month, and for most other months in recent history. So we won’t dwell on it – GoodCarBadCar will publish a complete October 2012 pickup truck breakdown in a short while. There’ll be much more detail on offer then.

Let it be said, however, that the GM twins came close to the Ford F-Series this month, ending October only 3190 units shy of America’s best-selling vehicle line. Apart from the Silverado, America’s best-selling trucks also managed to either match industry growth or exceed the average. That says something about how people feel about fuel prices.

These were the five best-selling pickup trucks in the United States in October 2012. Pertinent links are clickable at the bottom of this post. Best-selling car and SUV lists are upcoming.