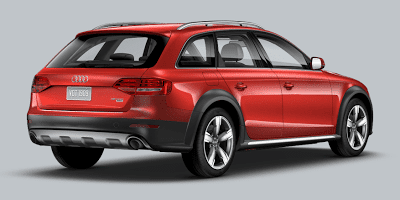 Cars like the Acura ILX, Lexus GS, Audi A5, Cadillac ATS, and Lexus CT200h all sold more often than the Volvo S60 in October 2012, yet none of those cars sold frequently enough to crack the top 30. The ATS certainly appears to have had an impact, regardless. CTS sales plunged 40% to just 2344. The XTS sold more often in October. Last month the CTS was America’s 13th-best-selling luxury vehicle; in October it dropped to the 19th position.

Every Vehicle, All 265, Ranked By U.S. October YTD Sales

Total ATS and CTS sales didn’t measure up to last October’s CTS total, either, as the totals achieved by Cadillac’s two entry-level cars were 7.9% down on the CTS’s 3918-unit October 2011. And October 2011 CTS sales were down 7.6% from the prior October. All that said, the ATS is just getting going, having only been on sale since the latter part of September. Cars.com lists 5767 ATS sedans in Cadillac’s U.S. inventory. That’s nothing compared to CTS inventory: 9871 sedans, 4468 coupes, and 571 wagons.

At least the sharp declines recorded by the CTS and Escalade were covered up by the success of the XTS and fifth-ranked SRX, America’s 18th-best-selling SUV in October. Cadillac sales rose 14.5% year-over-year. Lincoln was down 15.4% as only the low-volume Navigator and MKT posted gains.

There’s much more to the October edition of this best-selling luxury vehicles post than Volvo’s failings and Cadillac’s fratricide. BMW 3-Series sales shot up 26% in October to 9729, good enough to land the top spot in this group and the 15th position in America’s best-selling cars group. Direct 3-Series rivals can be spotted in second place, tenth place, and twelfth.

Audi just started separating the sales figures of its A4 sedan from the A4 Allroad. For consistency’s sake we’ll keep them together at least until the end of the year. But you can see that 13% of the A4s sold were Allroads, and you can see all A4 Allroad sales figures here. If you want an Audi wagon, the A4-on-stilts is now your only option. Ranked twelfth with the Allroad, the A4 drops to 15th without it. Audi USA’s next-best-selling automobile in October was the 18th-ranked Q5, sales of which dipped 7% year-over-year. Rivals from BMW and Mercedes-Benz both sold more frequently. The X3 moved up from 15th spot last month to 11th in October.

Removed from September’s 30 best-selling luxury vehicles post were two products from Infiniti and Acura, the FX and ILX, respectively. Oh, how Japanese luxury automakers love to end a given name with the letter X. The BMW X1 and Porsche Cayenne stepped in to fill the void.

As will always be the case in the future, historic brand and corporate totals (monthly and yearly going back to 2002) are now available through the dropdown menu at GCBC’s Sales Stats page, along with results for more than 260 currently sold vehicles. That’s where you’ll find out that Volvo sold 38,546 S60s in 2002.

After the jump, 30 premium vehicles are ranked by October 2012 U.S. sales volume. Get to know the year-to-date data, too. We’re only two months away from year-end results.

Source: Manufacturers & ANDC
Red font indicates year-over-year declining sales
GCBC qualifies all vehicles from Lexus, Mercedes-Benz, BMW, Acura, Cadillac, Audi, Infiniti, Lincoln, Volvo, Land Rover, Porsche, and Jaguar while also making exceptions for overtly premium cars like the Chevrolet Corvette, Nissan GT-R, Volkswagen Touareg, Hyundai Equus, and (reluctantly) Hyundai Genesis. Buick’s lack of anything truly high-end hinders its value-priced vehicles from qualifying as premium, despite the image Buick held in a previous era. Yes, this means the B-Class is eligible because of the S-Class; the A3 because of the R8, to an extent. Unfortunately the lack of data separating vehicle trim lines from one another (F-150 XL vs F-150 Platinum, for example) means vehicles like the GMC Yukon Denali and Jeep Grand Cherokee SRT8 aren’t included. None of this should lead you to believe the Chrysler 300 and Toyota Avalon and Buick Enclave aren’t luxurious, particularly as they’re viable competitors for true premium players.