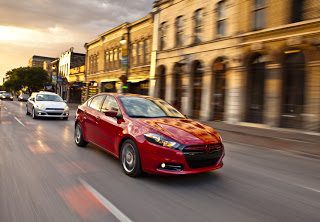 October 2012 U.S. sales reporting shows the Dodge Dart providing some major assistance to the Chrysler Group. Where Dodge sold only 1840 Calibers at this time last year, the Dart stepped in with 5455 sales in October 2012, nearly enough to account for the whole Dodge brand’s 3773-unit increase.

Hyundai’s blaming tight supply for its 4% drop. Also Sandy. Boss John Krafcik said there weren’t enough Accents and Velosters for sale, but the Santa Fe and Elantra jumped 16% and 12%, respectively.

Overall, the industry’s growth wasn’t as strong as suspected pre-Sandy, but many automakers managed to grow at a rapid pace compared to October 2011. BMW USA, for example, saw sales shoot up 19%: BMW brand sales rose 21%, Mini managed to outsell Scion by a single unit. Apart from Hyundai, Nissan, and Jeep at the top, every major automaker posted year-over-year gains. Lincoln, Volvo, Mitsubishi, Land Rover, and Jaguar also recorded losses on a year-over-year basis.

Brand and corporate totals (monthly and yearly going back to 2002) are now also available through the dropdown menu at GCBC’s Sales Stats page, along with results for more than 260 currently sold vehicles.

While estimates suggesting that October sales would be the strongest in years shouldn’t be thrown out the window, Hurricane Sandy undoubtedly impacted sales in the northeast late in the month. Approximately 25% of the nation’s auto sales come from the affected area. Take away a few sales days from a large number of car buyers and sales shouldn’t rise as sharply as predicted.

36 brands are ranked by total volume in the table below. The Canadian version of this post was completed earlier. Ford is not only the top brand there, FoMoCo is also the leading manufacturer.

Source: Automakers & ANDC
* VW Group sales do not include Lamborghini