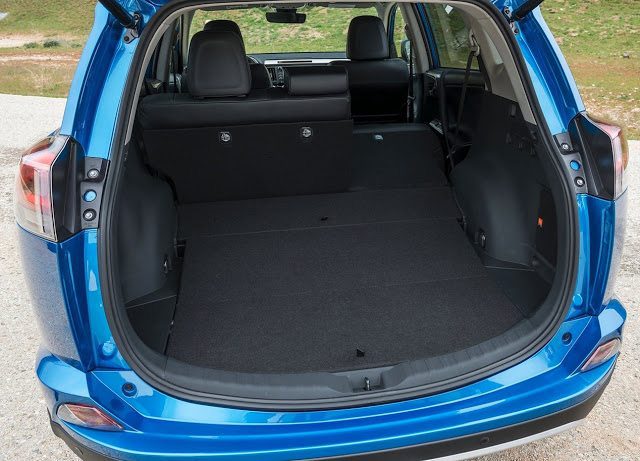 Despite a distant third-place finish in November 2016, the Honda CR-V nevertheless appears certain to end 2016 as America’s top-selling SUV/crossover for a fifth consecutive year.

Toyota RAV4 sales grew 3%, year-over-year, in November. RAV4 sales are up 11% this year. But that rate of growth has not yet made a RAV4 victory likely at the end of the year. Heading into December, the CR-V is 4632 sales ahead.

The transition into a new CR-V generation in December could further slow sales growth for Honda’s core utility vehicle. But the CR-V streak that began in 2007 and was only briefly interrupted by the Ford Escape in 2011 seems certain to continue for at least one more year.

Yet Honda appears uncertain that 2017 will be a sixth consecutive year of CR-V sales leadership. Toyota continues to ramp up RAV4 production – Honda is determined not to chase volume just for the sake of a #1 position.

The CR-V accounts for 64% of American Honda’s Honda brand SUV/crossover volume, 24% of total Honda sales, and 22% of total American Honda volume. While Toyota produces  13% of its RAV4 volume with a hybrid model, Honda has not brought a hybrid CR-V to North America and has no immediate plans to do so.

Source: Automakers & ANDC & WSJ
* Italicized, asterisked, unranked lines are nothing more than available breakdowns, already included in the model’s total, not in addition to the model’s total.
° Total representative of all reported models.
` FCA figures in this space include Alfa Romeo, Chrysler, Dodge, Ferrari, Fiat, Jeep, Maserati, and Ram.
† Tesla figures are estimates from HybridCars.com.
Tesla, unfortunately, doesn’t release model-specific monthly U.S. sales data, but we source estimates from HybridCars.com and The Wall Street Journal.
HybridCars.com Model X estimate: up 9233% to 1400 in November; up 2150% to 14,728 YTD.
WSJ Model X estimate: 2000 in November; 11,250 YTD.