Chevrolet reported that November 2012 was its worst U.S. Camaro sales month in two years. Ford’s Mustang took advantage of the opportunity to shrink the Chevy’s lead. Mustang sales shot up 37% in November 2012, and the Camaro’s lead over the Ford now stands at just 1096 units with one month remaining.

Year-to-date, sales of the Camaro are down 4% while sales of the Dodge Challenger and Ford Mustang are up 8% and 19%, respectively. 2012 will end as the Mustang’s best American sales year since 2008.

Because BMW has chosen to rename the coupe and convertible 3-Series’ as the 4-Series, we are assured that sales figures for these cars will be available sometime next year. Presently, GoodCarBadCar groups the 3-Series with small/entry luxury cars alongside the Audi A4, the full Infiniti G family, and the Mercedes-Benz C-Class. 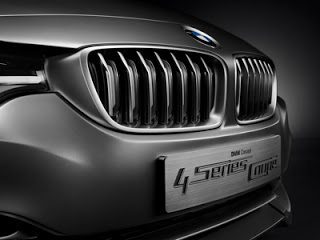 For the numbers-obsessed, this is great news. But why are they inventing a new call sign for one of the few alphanumerically-named cars with name recognition? 328i means something, not just to auto enthusiasts but to the vaguely interested. 435i sounds like you’re late getting off work.

The majority of sporting automobiles don’t line up directly with one another. One group that does appear to form a competitive set is the German quintet: TT, Z4, SLK, Boxster, Cayman. That sales race could have been called long before the end of November. With one of 2012’s months remaining, the Mercedes-Benz SLK-Class is very nearly as popular as the TT and Z4 combined. The Benz easily outsells the Porsche duo. There is one change to report. As a result of the recent surge by the third-generation 981 Boxster, it now ranks second in the group.

As much as GoodCarBadCar would prefer to include the Hyundai Veloster Turbo and not the whole Veloster range, Hyundai doesn’t release sales figures that way. Neither does any other automaker. The Veloster, full Mini Cooper range, and Volkswagen Beetle are also listed in the small car section of GoodCarBadCar. New to this month’s sporty car sales chart is the cushy Volkswagen Beetle Convertible. Four were sold in November. We only hope Volkswagen USA continues to offer this breakdown. 1983 Beetle hardtops were sold, as well.

As always, you can click any model name in the tables visible after the jump to see historical monthly and yearly sales figures. Or you can select any make or model at GCBC’s Sales Stats home. Any car you can’t find tabled here will be listed elsewhere – you can select from segments like small luxury cars and large luxury SUVs at GCBC’s The Tally page.

Click either of the two accompanying charts for a larger view. In those charts, cars are ranked by volume – they’re listed alphabetically in the tables below.