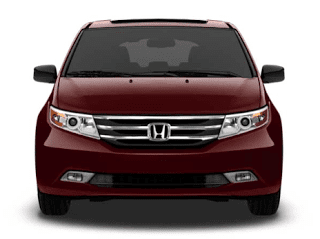 Even though the Dodge Grand Caravan fell to third place in November 2012 sales, it remains the top-ranked van in the year-to-date standings. Dodge’s lead over the Honda Odyssey did shrink, however, to  10,454 sales. With the top two podium positions clearly established, the fight worth watching in December has the Grand Caravan’s Chrysler twin facing off against the Toyota Sienna. Through eleven months, the Sienna is 1354 sales ahead of the Town & Country.

At this point in 2011, Americans had purchased or leased 441,669 new minivans. Sales are up to 506,025 this year, a 14.6% improvement that outpaces the overall industry’s growth by a little less than a percentage point.

In fact, Chrysler has already sold more Town & Countrys this year than in all of 2011. The same can be said in regards to the Dodge Grand Caravan and Honda Odyssey, both of which accomplished that feat in ten months, and the Nissan Quest, which (not surprisingly) outperformed 2011 year-end total in the first eight months of 2012.

As always, you can click any model name in the table below to see historical monthly and yearly sales figures. Or you can select any make or model at GCBC’s Sales Stats home. Any vehicle you can’t find tabled here will be listed elsewhere – you can select from segments like commercial vans and pickup trucks at GCBC’s The Tally page.

Click the accompanying chart for a larger view. In that chart, minivans are ranked by volume – they’re listed alphabetically in the tables below.