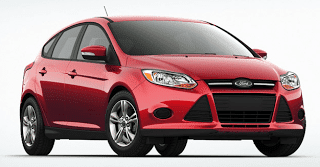 America’s 20 best-selling passenger cars accounted for 326,816 of America’s 1.14 million new vehicle sales in November 2012. Knocking the Toyota Camry off its normal top spot was the Honda Civic, sales of which shot up 76% in November. Presumably the result of a clear out of 2012s, the Civic’s 30K month was only part of American Honda’s November surge.

The Accord is also in the midst of a model changeover, and as customers clamour for the new model, others enjoy the deals they found on the outgoing midsize Honda. Accord sales jumped 83% in November 2012. Although there are some mighty big year-over-year improvements in this top 20 list, none beat the Accord’s, and only its better-selling little brother comes close.

All 265 Vehicles Ranked By U.S. November 2012 YTD Sales
That’s the podium discussed. Move past the top three and you’ll find two more Toyotas, including the four-pronged Prius lineup, which was ranked ninth in November. The best-selling American brand car was the sixth-ranked Ford Focus. The Focus is now 1338 sales ahead of its big brother, the Fusion, in the race to end 2012 as the best-selling Detroit-badged car. There are three Hyundai/Kia products in the top 20, three Germans, one Subaru, and one Mazda.

You can find detailed historic monthly and yearly sales figures for any of these models by selecting a make and model (or just a make, or a manufacturer, or the total market) at GCBC’s Sales Stats home. GoodCarBadCar ranked more than 30 brands by November 2012 U.S. volume earlier today. America’s five top trucks were posted only minutes ago, and the best-selling SUVs and crossovers are coming up.

For now, get to know these 20 cars, America’s favourites in November.