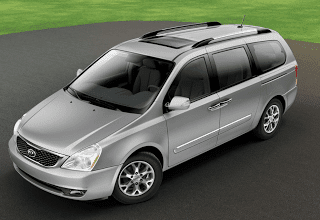 Down 5% through ten months, the tenth month of 2013 produced a 5% year-over-year increase in total U.S. minivan sales. Powered forward in large part by the Chrysler Group – which also sold 1418 commercial vans in October – minivan volume grew by 1955 units.

The Dodge Grand Caravan and its twin, the Chrysler Town & Country, were the first and second-ranked minivans in America in October.

The Grand Caravan ranks second year-to-date, ahead of the Toyota Sienna but behind the Honda Odyssey. The Town & Country ranks fourth, just 1654 sales back of the Sienna.

The Chrysler Group’s market share stands at 45.9% through ten months, right on par with 2012’s results at this point. In October, however, the Chrysler twins owned 52.8% of the minivan segment, up from 47.2% a year ago.

Only 6.9% of 2013’s minivan customers have opted for something other than the four top sellers.

You can click any model name in the tables below to find historical monthly and yearly U.S. auto sales data. You can also select a make and model at GCBC’s Sales Stats page. This table is now sortable, so you can rank minivans any which way you like. Suggestions on how GCBC should break down segments can be passed on through the Contact page. The + icon has been removed from year-over-year improvements. Look for red font to designate year-over-year declines.