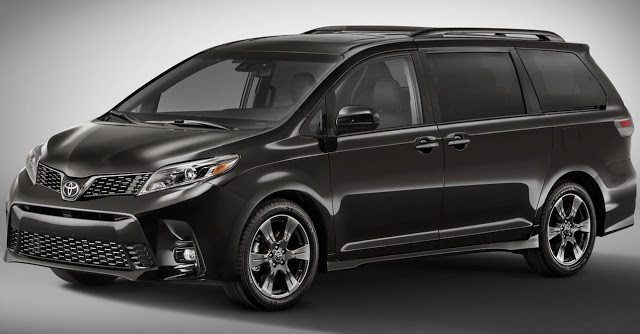 Led by the surging Dodge Grand Caravan – future unknown – minivan volume was down by nearly 11,000 units compared with March 2016. Sales are fully down by a fifth so far this year.

Will new models help? The 2018 Honda Odyssey is due in showrooms soon. Media drives take place in Hawaii in early May. The 2018 Toyota Sienna, the refreshed version of 2015 and 2016’s best-selling minivan, is just that: merely a refresh. Pictured above, it’ll reach dealers later this year.

You can click any model name in the tables below to find historical monthly and yearly U.S. auto sales data.

You can also select a make and model at GCBC’s Sales Stats page.

This table is sortable, so you can rank minivans any which way you like. Suggestions on how GCBC should break down segments can be passed on through the Contact page. Mobile users can now thumb across the table to access the full width.