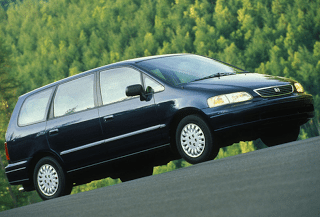 But that last van, the Dodge Grand Caravan, ranks third among minivans this year as sales have fallen 14%.

Stirred up by a 26% increase in Honda Odyssey sales, the overall market for minivans rose 4.5% in June 2013 but remains down 4.8% through six months. The Odyssey outsold its nearest challenger, the Toyota Sienna, by 2485 units in June and now leads the Toyota by 3913 sales with six months remaining.