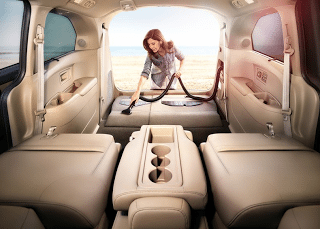 American automobile buyers drove home in 44,664 minivans in April 2013, 2894 fewer than they purchased or leased at this time last year. The 6% decline isn’t as bad as what was experienced over the course of the first four months of 2013: the minivan market in the United States is off last year’s pace by more than 7%.

Overall, the auto industry reported an 8.5% increase in April; a 6.9% increase year-to-date.

There are reasons for the minivan market’s decline. The Kia Sedona and Volkswagen Routan are dead or comatose. Vans that were more appealing in their newness last year, having aged for a while, are no longer fresh.

And, Americans love them some three-row crossovers. Ford sold 14,204 Explorers in April, not including 1236 Explorer Police Interceptors. The Honda Pilot has outsold the Honda Odyssey by 774 units so far this year. The Toyota Highlander and Toyota Sienna are similarly popular. Nissan sold 6473 Pathfinders… and 1103 Quests. You get the idea.

Of the 44,664 minivans sold in the United States in April 2013, 47% were Chryslers. It may seem strange to think that the Dodge Grand Caravan is America’s fourth-best-selling minivan, but it’s important to keep the duo’s impact in mind.

Historical monthly and yearly sales figures for any of these minivans can be accessed by clicking the model name in the table below or by selecting a make and/or model at GCBC’s Sales Stats page. The table below is sortable, so you can rank minivans by April volume, year-over-year change, year-to-date volume, or year-to-date year-over-year change. Or you can go back to the alphabetical listing by simply clicking the Minivan column header.