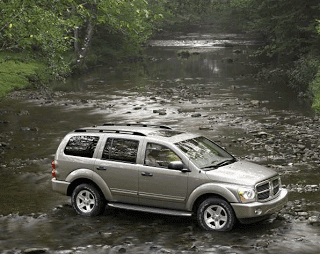 For the eleventh consecutive month, U.S. sales of the Dodge Durango were better in September 2013 than they were in the equivalent month one year earlier.

The Durango’s two-row partner from Jeep, the Grand Cherokee, is America’s sixth-best-selling SUV and sells nearly three times more often than the Durango.

Ford’s Explorer leads the Grand Cherokee by 17,237 sales this year. Subtracting the Police Interceptor Utility from the Explorer’s total shrinks that lead to 7150 units.