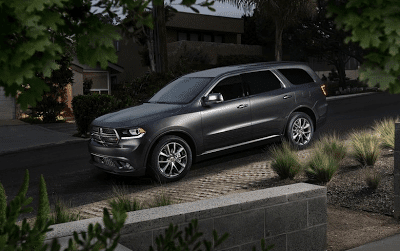 Honda hasn’t sold this many Pilots in any June since 2005. In fact, June 2013 marked just the fifth time in the last three-and-a-half years that American Honda sold more than 11,000 Pilots in a single month.

Ford has sold more than 15,000 Explorers in each of the last seven months and has posted 31 consecutive year-over-year increases.

Since June 2011, Nissan USA has reported year-over-year increases in Pathfinder volume in every month, and Pathfinder sales have tripled in 2013.

Sales of GM’s three Lambda-platform utility vehicles totalled 131,627, up 10.7% from 118,892 in the first half of 2012. Those unsurprising gains, greater than the overall market’s 7.5% improvement, come after refreshes of all three nameplates: Acadia, Enclave, Traverse.

You can click any model name in the tables below to find historical monthly and yearly U.S. sales data. You can also select a make and model at GCBC’s Sales Stats page. These tables are now sortable, so you can rank midsize SUVs and crossovers any which way you like. Suggestions on how GCBC should break down segments can be passed on through the Contact page.

Source: Automakers &
* vehicle also displayed in another GCBC segment breakdown
GCBC isn’t here to break down segments, an impossible task for any group, but to display sales data for the sake of comparison. The more ways sales data can be displayed, the better, right? This explains why you’ll see the Outback and Venza here but also with midsize cars, too, and the tweener-sized Sorento and Santa Fe are shown with midsize SUVs and small SUVs, and the pricey FJ Cruiser and Xterra with smaller utilities and the Volkswagen Touareg with luxury SUVs… because readers have wanted it both ways. You can always find the sales results for EVERY vehicle and form your own competitive sets by using the All Vehicle Rankings posts.