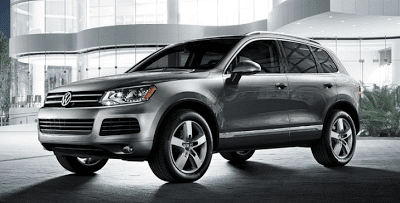 Jeep sold more Grand Cherokees in America in August 2013 than in any August since 2003. The Grand Cherokee was America’s fifth-best-selling SUV in August, up from seventh spot a year earlier. 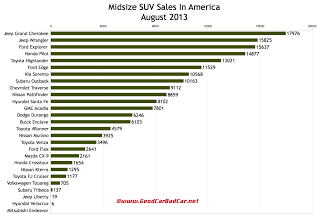 For the sixth consecutive months, U.S. sales of the Volkswagen Touareg declined on a year-over-year basis. August 2013’s 32% drop was the worst yet.