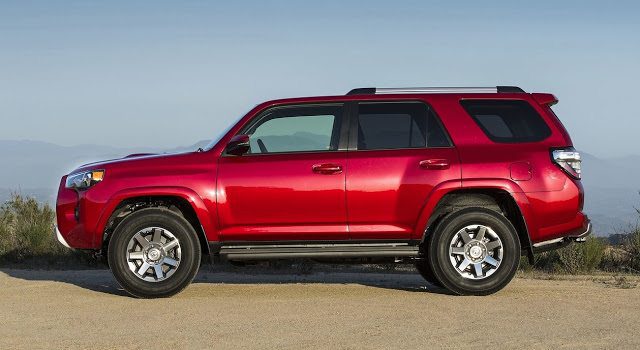 The Toyota Highlander’s year-over-year volume has increased in five consecutive months. 2016 is on track to be the seventh consecutive year of Highlander sales growth.

The Dodge Durango is no longer the body-on-frame SUV which routinely attracts more than 100,000 buyers per year. But Dodge is on pace to sell more than 80,000 Durangos in 2016, the highest figure since 2005.

The Toyota 4Runner, meanwhile, does resemble the Explorer, Highlander, or Durango under the skin. The 4Runner is a true blue body-on-frame sport-utility vehicle, the kind of vehicle which long ago went out of fashion, right? In 2016, 4Runner sales are on track to rise to the highest level since 1999.