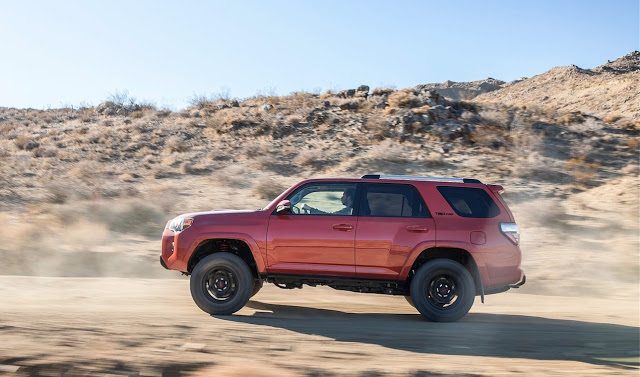 September 2016 was the 32nd consecutive month in which U.S. sales of the Toyota 4Runner improved on a year-over-year basis.

4Runner sales climbed 21% to 9058 units in September, the third consecutive 9K+ month; the sixth so far this year.

Through only nine months, Toyota USA has already reported more 4Runner sales in 2016 than in any calendar year between 2008 and 2014. At the current rate of growth, Toyota is on track to sell 114,000 4Runners in calendar year 2016.

Yet all of this sales growth achieved by the fifth-generation Toyota 4Runner, a true blue body-on-frame sport-utility vehicle, bucks the industry trend.

Gone are the days when General Motors marketed body-on-frame TrailBlazers – now Chevrolet sells the Traverse. Ford Explorer? It’s been a unibody crossover since 2011. It’s easy to forget that the first Kia Sorento was a body-on-frame SUV. The Nissan Pathfinder fled its BOF past in 2013.

But Toyota forges on with the 4Runner, the 19th-best-selling SUV/crossover in America. Making it easier is the popularity of the Toyota Highlander, the second-best-selling three-row vehicle in the United States. Toyota is on track to sell 170,000 Highlanders in 2016, the highest total in the nameplate’s history.