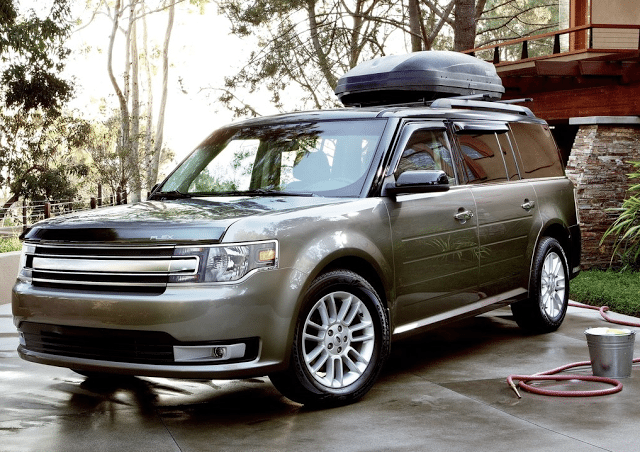 Why won’t you buy a Ford Flex?

October 2015 U.S. sales of the still-stylish, boxy, three-row Ford slid 17% to 1409 units, the third-lowest total of the year and a follow-up to September’s 1266 sales, the lowest total ever for the Flex.

The August-October period of 2015 was the worst three-month sales period in the Flex’s seven-year history.

Meanwhile, Ford crossover buyers turn en masse to the long-favoured Explorer, America’s best-selling three-row vehicle which was recently refreshed for the 2016 model year. Explorer volume has grown by a fifth this year and jumped 26% in October, specifically. Excluding the Police Interceptor Utility from the equation, there were 13 Explorers sold in America in October for every single Flex, a strange result to fans of the Flex who believe the least popular three-row Ford is more spacious, more flexible, and more enjoyable to drive.

The Explorer wasn’t the only fast-growing three-row crossover in America last month. Sales of the all-new, third-generation Pilot jumped 63% in October 2015. The Pilot couldn’t quite catch its compatriot, the Toyota Highlander, which produced a more modest 10% uptick to 13,316 units.

Nissan Pathfinder volume was up 1%, but both the Pilot and Highlander sell more than twice as often. Nissan, of course, adds to the Pathfinder’s tally with sales of the semi-premium, two-row Murano. Toyota sells nearly 8000 4Runners per month, as well.