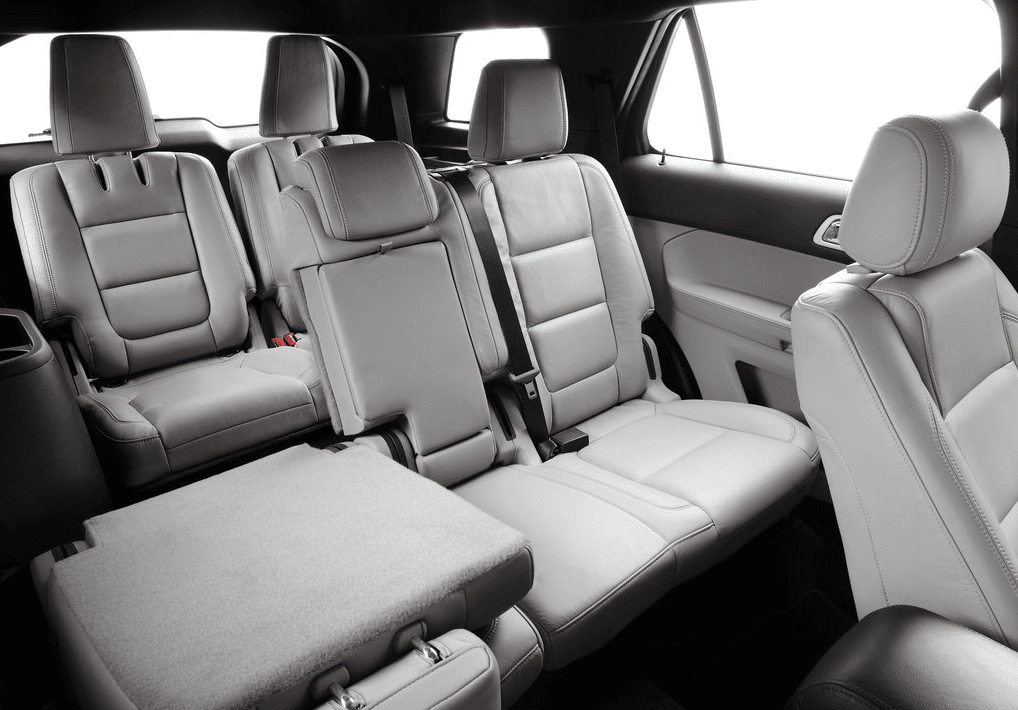 In June 2014 the Ford Explorer was yet again America’s best-selling three-row vehicle, surging 5735 sales ahead of the Toyota Highlander by month’s end.

Year-over-year, Explorer volume fell 3% over the course of 2014’s first third, but sales shot up 26% in  May and then 4% in June. Ford generated 9.5% of the Explorer’s June sales with the Police Interceptor Utility, a product which has sold 75% more often than the Taurus Police Interceptor over the last six months.

The Highlander is joined in Toyota showrooms by the surging Toyota 4Runner. Ford showrooms will soon be fortified by a new Edge – Ford hasn’t shown an all-new Edge since the first-generation model went on sale at the end of 2006.

The Edge is a surprisingly popular vehicle given that two-row Ford customers have a lower-priced option in the form of America’s second-best-selling utility, the Escape, and a roomier (and not much more costly) option in the form of the Explorer. Ford has made room for the Edge in that gap, and though less common now in the lead-up to the second-gen’s arrival, the Edge is undoubtedly a common sight.

The Explorer, of course, isn’t as common as it once was. It was America’s top-selling SUV as recently as 2006, when the now perennial winner, Honda’s CR-V, ranked third. Ford sold more than 430,000 Explorers in 2002 and will struggle to top 200,000 sales this year. Challengers are so much more common now, with premium brands reaching down and large and varied SUV/crossover product lines from most automakers.

Source: Automakers & ANDC
GCBC isn’t here to break down segments, an impossible task for any group, but to display sales data for the sake of comparison. The more ways sales data can be displayed, the better, right? This explains why you’ll see the Outback and Venza here but also with midsize cars, too, and the tweener-sized Sorento and Santa Fe are shown with midsize SUVs and small SUVs, and the pricey FJ Cruiser and Xterra with smaller utilities and the Volkswagen Touareg with luxury SUVs… because readers have wanted it both ways. You can always find the sales results for EVERY vehicle and form your own competitive sets by using the All Vehicle Rankings posts.