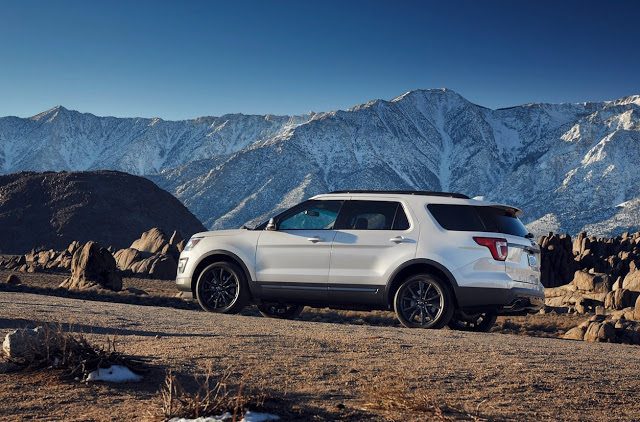 The Toyota Highlander, not the usually favoured Ford Explorer, was America’s best-selling three-row vehicle in December 2016.

Refreshed for the 2017 model year with altered styling and a new 8-speed automatic, sales of the Toyota Highlander jumped 58% to 25,425 units in December 2016, a record high for the Highlander. Highlander volume rose by a fifth over the course of 2016 to 191,379 units, second in the segment, 57,128 sales behind the Explorer, which includes the Explorer Police Interceptor.

Explorer sales dipped slightly from 2015 levels, when Ford had reported an 11-year high in sales of America’s former number-one-selling SUV.

Along with record sales of the Highlander, 2016 also hosted all-time records for the Hyundai Santa Fe (figures of which include both the Santa Fe and Santa Fe Sport) and Nissan Murano.

Numerous three-row crossovers are awaiting forthcoming replacements. The Chevrolet Traverse’s long-awaited second-generation edition was just revealed in Detroit. GMC’s second-generation Acadia arrived at dealers in late 2016. The Honda Pilot, meanwhile, replaced for the 2016 model year, struggled with poor supply through much of 2016.

Honda is now moving all Acura MDX production to East Liberty, Ohio, in order to free up space for the Pilot, new Odyssey, and Ridgeline in Alabama.