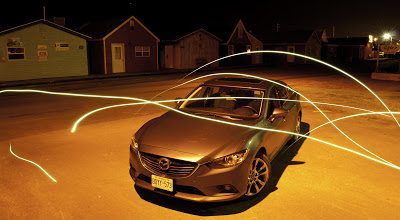 American midsize buyers opted for the American-built Korean fraternal twins on 32,655 occasions in July 2013. Combined, the Hyundai Sonata (down 10%) and Kia Optima (up 3%) outsold the Honda Accord but fell 2125 units shy of catching the Toyota Camry, a car they outsold by 4382 units a year ago.

Year-to-date, the Sonata and Optima, America’s 11th and 12th-best-selling cars, have collected 219,123 sales for Hyundai-Kia, a figure which narrowly exceeds that of the Accord but again, is some way back of the Camry’s total.

The Camry, America’s most popular car and third-best-selling vehicle overall, is down 0.6% through seven months. But it’s worth noting that Camry volume, after declining in February, March, April, and May, is up 14% this summer, an increase of 8630 units.

Meanwhile, the massive 167% July increase owned by the Mazda 6 translates to just 2158 extra units than Mazda managed in July 2012. That’s meaningful for little ol’ Mazda, but it shows the relative weakness of Mazda in the United States. Mazda USA’s market share between January to July was just 1.9%. North of the border, Mazda Canada owns 4.1% of the market.

Mazda appears to have done everything right with their latest midsize effort. The 6 is the best car in the category to drive, arguably the best to look at, and averaged 28 miles per gallon in mostly city driving while visiting GCBC Towers.

You can click any model name in the tables below to find historical monthly and yearly U.S. sales data. You can also select a make and model at GCBC’s Sales Stats page. These tables are now sortable, so you can rank midsize cars any which way you like. Suggestions on how GCBC should break down segments can be passed on through the Contact page.