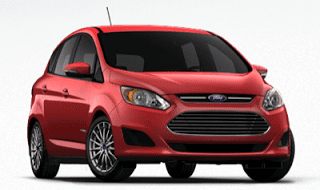 It’s supposedly lonely at the top, but apparently not in February, not in the U.S. midsize car segment. The Camry accounted for 23% of the 140,006 cars sold by the seven leading midsize nameplates in America in January. The seventh-place Kia Optima trailed with 8%.

In other words, the Camry was way out in front, 7973 sales in front of the second-ranked Honda Accord and 20,645 sales ahead of the Optima.

Of the 158,888 sales sold by the same seven leading cars in February, the Camry was responsible for 20%, a three percentage point drop. The Optima’s share was only a hair better. The Camry was just 3271 units ahead of the Accord in February. And the Accord’s lead over the next two best-selling models, the Ford Fusion and Nissan Altima, shrunk to just 124 and 274 units, respectively.

As you can see in the chart, the leaders of the pack didn’t suffer through a lonely February, not at all. With the Camry stumbling, Toyota will stir up incentives in March in order to expand the car’s lead over its closest midsize competitors. Prius sales are also sliding, but don’t expect Toyota to let that decline linger.

Compare the Ford C-Max (which GoodCarBadCar is testing this week) with the Toyota Prius V if you must. It’s quite a bit smaller and quite a bit more attractive. The Ford outsold the Prius V by 605 units in what was, for Toyota, a down month for its bigger Prii. The original Prius, however, still outsold the C-Max by a 3.6-to-1 count in February.

Historical monthly and yearly sales figures for all these vehicles can be found by clicking a model name in one of the tables below. You can also make a selection at GCBC’s Sales Stats page. Nine of America’s 20 best-selling passenger cars are represented in this post, total sales of which (excluding the not terribly Prius-derived Prius C) accounted for 19.4% of new vehicle sales in America in February 2013.

Source: Manufacturers & ANDC
* Indicates a vehicle that is also displayed in another GCBC segment breakdown
^ Prius breakdown by variant