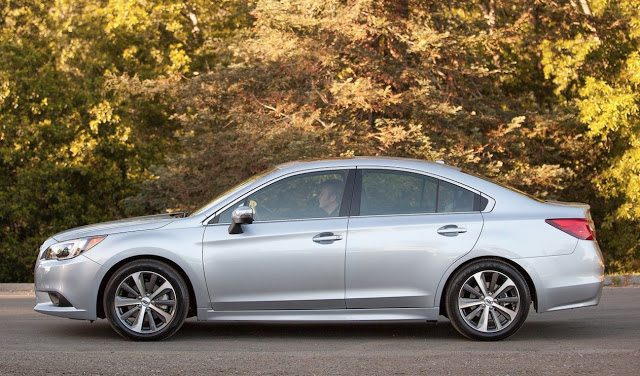 Only one member of the core midsize class reported improved sales.

‘;
document.getElementById(“vinads_div”).innerHTML = lfAd;
}
});
(The Buick Regal’s 52% increase is surprisingly inconsequential, and the Regal is an upmarket pretender lacking credentials.) Subaru Legacy sales jumped 36% to 5800 units, a low figure for a midsize category topped by five cars that sell more than three times that often. Subaru USA reported an all-time record in total sales, as well, thanks not only to the Legacy’s record performance but all-time bests from the Forester and Outback.

Ah, yes, the Forester and Outback. The CR-V and RAV4. The Rogue and Escape. Vehicles which are stealing away market share from this once dominant midsize category with relative ease.

The Toyota Camry is still America’s best-selling passenger car, but in August, the Camry’s 13% year-over-year decline resulted in a trio of small crossovers – CR-V, RAV4, Rogue – outselling the midsize Toyota sedan, not to mention the three pickup trucks that typically do so, as well.

Of course, the Camry’s 13% drop in August was nothing compared with the declines reported by the Chrysler 200, Ford Fusion, Honda Accord, Hyundai Sonata, Kia Optima, Mazda 6, and Nissan Altima. Those seven vehicles alone lost 53,879 sales in August, a 35% decline.