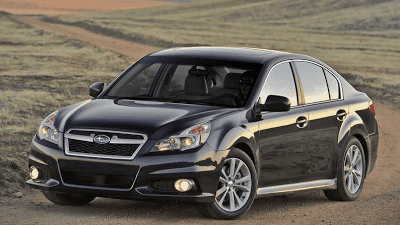 For every Crosstour and Venza sold by American Honda and Toyota USA, Subaru sells more than two Outbacks in America. Outback and Venza volume slid in August 2013 as sales of their more conventional car counterparts, the Legacy and Camry, improved on a year-over-year basis.

The key difference separating Toyota and Subaru (which is partially owned by Toyota) relates to the car dominance at Toyota. Toyota sold 44,713 Camrys in August 2013. Combined, the Venza, Highlander, and RAV4 attracted 40,019 buyers.

The Camry was America’s best-selling midsize car and best-selling car overall in August 2013. No year-over-year improvement was better, percentage-wise, than that of the Mazda 6, which was up 167%, or 2657 units. (Camry sales rose by 7993 units.) With pricing that aligns it more closely with conventional midsize cars, Chevrolet sold more Volts than in any month in the model’s 33-month history.

You can click any model name in the table below to find historical monthly and yearly U.S. sales data. You can also select a make and model at GCBC’s Sales Stats page. This table is now sortable, so you can rank midsize cars any which way you like. Suggestions on how GCBC should break down segments can be passed on through the Contact page.