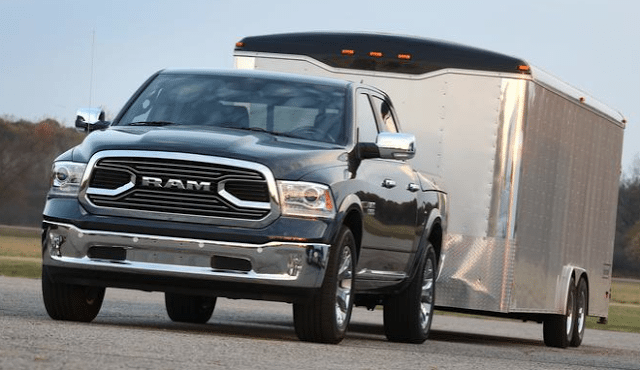 Pickup truck and SUV strength propelled the U.S. auto industry forward in March 2016 as car sales slipped sharply, and as the industry as a whole failed to live up to expectations.

Early March data compiled by forecasters caused many to believe that the American auto market would grow by 7%, year-over-year. Even a 7% rate of volume increase – while creating a massive March – would have overstated the achievement. There were 27 selling days in March 2016, only 25 in March 2015. A 7% volume increase would have translated to a 1% decrease in the auto industry’s daily selling rate.

In fact, auto sales in the United States grew by a much more modest 3% in March 2016, meaning the daily selling rate decreased 4% compared with March 2015. In other words, for every official selling day, American consumers, businesses, and governments registered 2800 fewer new vehicles in March 2016 than in March 2015.

Yet much of the reason for the industry’s disappointment in March 2016 can be traced back to passenger cars. From the best-selling Toyota Camry – down 9% in March – to the best-selling premium car – the Mercedes-Benz C-Class, down 13% in March – and the Chrysler 200’s 68% plunge, the car market wasn’t well in March.

Unfortunately, the car market continues to be the major volume driver in America, even as SUVs and crossovers increase their share of the market.

In the first-quarter of 2016, 41% of the new vehicles sold in America were passenger cars.

Pickup trucks, on the other hand, now account for 14.8% of the new vehicles sold in the United States, up from 14.3% in the first-quarter of 2015. Pickup trucks account for the three top-selling vehicles in America, with the third-ranked Ram P/U having expanded its three-month lead to 17,123 over the fourth-ranked Toyota Camry, up from 1006 units at the end of March 2015.

The table below is completely sortable, so when you click the column header to sort by vehicle names to showcase all Lincolns together, for example, you’ll also see the Lincoln brand’s total.

Reminder: these are 2016 year-to-date rankings, but you can sort vehicles by March volume by clicking the March 2016 column header, or you can rank vehicles by improvements or declines using the % columns. Or, most importantly, you can list automakers together by selecting the Vehicle column header.

Source: Automakers & ANDC & WSJ
This post was updated at 3:16 PM on the original date of publishing with estimates for Tesla. * Italicized, asterisked, unranked lines are nothing more than available breakdowns, already included in the model’s total, not in addition to the model’s total.
² Total Prius Family sales: down 24.7% to 12,075 in March; down 20.8% to 31,936 YTD.
³ Hyundai USA combines sales of the Genesis and Genesis Coupe.
° Overall market figure is a combination of all reported sales figures and HybridCars.com estimate for Tesla.
† Tesla figures are estimates from HybridCars.com.
Sales data for brands such as Aston Martin, Ferrari, Lamborghini, Lotus, Rolls-Royce etc. are unfortunately not broken down by model. estimates say sales for Aston Martin and Lotus in 2016’s first-quarter months were 258 and 42, respectively.
Tesla, unfortunately, doesn’t release model-specific monthly U.S. sales data, but we source estimates from HybridCars.com.
Model S sales estimate: up 70% to 3400 in March; up 5.3% 34.7% to 6600 YTD.
Model X estimate: 1800 in March; 2700 YTD.