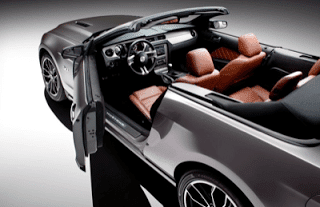 U.S. passenger car sales fell 1.2% in March 2013. Not surprisingly, some of the cars which contributed to this decline were low-volume coupes, convertibles, roadsters, and sports cars. Two, the Chevrolet Camaro and Ford Mustang, were high-volume American muscle cars.

Camaro volume slid by 1190 units in March. Camaro sales were down 12% in the first quarter, or 2726 units. Chevrolet posted a 4% decline in U.S. Camaro sales last year, falling 3858 units after 2011 set a record for the latest iteration of the Camaro.

With the Chevrolet Camaro’s decline, however slight it may be, is the Ford Mustang surging to the top of the muscle car class?

This is opening up space for the Dodge Challenger. Dodge sold more Challengers in March than in any month in the model’s history. The Challenger still ranks third in what amounts to a three-car class. But the difference is a 2780-unit gap between it and the second-ranked Mustang, as opposed to 2012’s gap of 9609 units.

You can click any model name in the tables below to find historical monthly and yearly U.S. sales data. You can also select a make and model at GCBC’s Sales Stats page. These tables are now sortable, so you can rank U.S. sporty cars any which way you like. Suggestions on how GCBC should break down segments can be passed on through the Contact page.