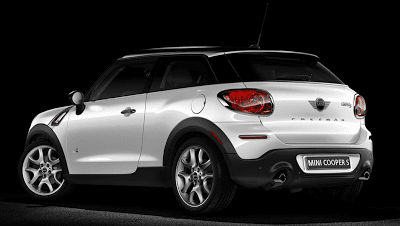 From a volume perspective, 1930 Mini crossover sales compare unfavourably with nothing but premium utility vehicles. From a money-making perspective, however, the Countryman and Paceman should be accomplishing more for Mini than the average tall city-sized car.

With its highest-volume month ever, the Ford Escape sold as often as the Jeep Patriot, Dodge Journey, Hyundai Santa Fe, and Mazda CX-5 combined. Well, actually, those four crossovers outsold the Escape by a solitary unit.

CX-5 sales nearly doubled, and Mazda sold more than in any prior month. Subaru posted its highest XV Crosstrek sales month yet, as well. Some Honda dealer some place sold an Element.

Jeep sold more Wranglers than in any month since 2007. Nissan sold 936 more Xterras in March than in the previous two months. Meanwhile, Kia Sportage sales have fallen in 15 consecutive months.

You can click any model name in the tables below to find historical monthly and yearly U.S. (and Canadian) sales data. You can also select a make and model at GCBC’s Sales Stats page. The tables are sortable, so you can rank U.S. SUVs and crossovers any which way you like. Suggestions on how GCBC should break down segments can be passed on through the Contact page.