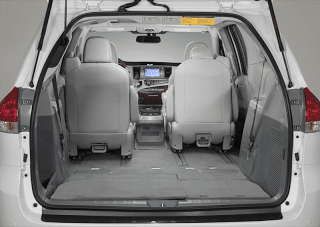 Americans registered 4420 fewer minivans in March 2013 than in March 2012, an 8.2% year-over-year decline. All but two of the eight minivans on sale contributed to this decline.

However, Mazda 5 sales doubled, a 1270-unit increase. Toyota Sienna sales jumped 18%, an 1822-unit increase. But the other six vans sold in the United States collectively lost 6531 sales in comparison to March 2012.

At this time last year, the Dodge Grand Caravan led the minivan group. Through the first quarter of 2012, the Dodge was outselling the second-ranked Chrysler Town & Country by nearly 7000 units.

This year, the Grand Caravan ranks third, a few hundred units back of the T&C and a few hundred sales ahead of the Honda Odyssey.

The Toyota Sienna is America’s best-selling minivan this year, although it trails the combined total of the Chrysler/Dodge twins by 24,203 units.

You can click any model name in the table below to find historical monthly and yearly U.S. (and Canadian) sales data. You can also select a make and model at GCBC’s Sales Stats page. The table is now sortable, so you can rank U.S. minivans any which way you like. Suggestions on how GCBC should break down segments can be passed on through the Contact page.