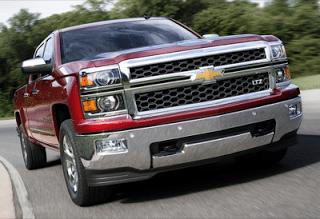 Home
All Vehicle Rankings
Trucks & Vans
Truck Sales
192,988 trucks were registered in the U.S. in March (excluding the Equator). 35% of those trucks were Ford F-Series pick-me-ups. The F-Series, also known as the best-selling vehicle line in America, posted a 16% year-over-year increase, enough to crack the 67,000-unit barrier.

Overall, Americans registered 176,990 pickup trucks in March 2012. At that time, currently discontinued trucks (a group which we’ll say includes the Suzuki Equator) contributed 4643 units. The pickup truck market grew by 15,998 units in March despite the loss of the Ford Ranger. That’s an 8.9% increase in a new vehicle market which grew 3.4%, or about 48,000 units.

You can always find historical monthly and yearly sales figures for any of these trucks by clicking the model name below or by making a selection at GCBC’s Sales Stats home. Find pertinent links to other best seller lists at the bottom of this post, and find hundreds of best seller lists at the uniquely titled Best Sellers page. A complete rundown of all the trucks on sale in America in March 2013 has been completed below.