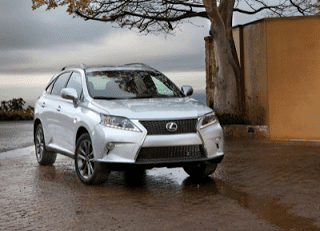 15% of the SUVs and crossovers sold in the United States in the first four months of 2013 were sold by luxury brands: Acura, Audi, BMW, Cadillac, Infiniti, Land Rover, Lexus, Lincoln, Mercedes-Benz, Porsche, and Volvo, as well as Toyota, with the $78,555 Land Cruiser.

12.8% of the premium utility vehicle sales shown in the list below came about via the RX350 or RX450h. The bottom 15 vehicles on this list, combined, didn’t sell as often as the RX between January and April 2013.

Perhaps the most important fact we can glean from this list of luxury brand utility vehicle sales is the group’s overall achievement. Sales are up 17% this year, and that growth has been generated in an overall market which has grown 9%.

Of course, it helps that there are models which weren’t on sale for all of 2012’s first four months. BMW’s X1 and Infiniti’s JX have contributed 13,831 extra sales this year. But fewer than half of the nameplates on this list have posted declining year-over-year volume, and two of those vehicles, the Infiniti EX and Acura ZDX, are either defunct or surely soon to be. Two more are Lincolns, which these days is synonymous with YOY decline.

These are year-to-date rankings, but you can sort luxury SUVs by April volume by clicking the April 2013 column header, or you can rank cars by improvements or declines using the % columns. Or, most importantly, you can list an automaker’s SUVs together by selecting the SUV/Crossover column header. Just remember, the list is horizontally flipped from the norm: YTD on the left, monthly data on the right.

Source: Manufacturers & ANDC
Red font indicates year-over-year declining sales
^ Escalade here does not include sales of the EXT, which is shown with pickup trucks.
Italicized unranked lines are nothing more than available breakdowns, already included in the model’s total, not in addition to the model’s total. Volvo XC70 and Audi A4 Allroad are listed with luxury cars.