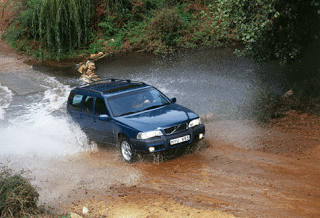 Is the XC70 an SUV? GoodCarBadCar reports XC70 sales data here and also with cars, but emphasizes its luxury car status by listing it with all cars. Volvo sold 4.4 times as many XC60s as XC70s in May, and the very, very old XC90 still sells more often than the XC70, too. 50% of U.S. Volvo volume comes from the three XC models. Volvo brand sales in America are down 6% this year and in 2012 totalled less than half what Volvo accomplished in 2004.

On the brighter side, Infiniti USA reported its best JX35 sales month so far in May 2013. 37% of Infiniti sales in May were JX-derived; 57% were SUVs or crossovers. The biggest gain posted by any luxury-brand SUV belonged to the Porsche Cayenne. The doubling of Cayenne sales occurred as Boxster sales shot up 2113% and Cayman volume rose 1285%. Nevertheless, the Cayenne was worth 45% of Porsche USA sales in May, up from 41% a year ago.

You can click any model name in the tables below to find historical monthly and yearly U.S. sales data. You can also select a make and model at GCBC’s Sales Stats page. These tables are now sortable, so you can rank luxury SUVs any which way you like. Suggestions on how GCBC should break down segments can be passed on through the Contact page.