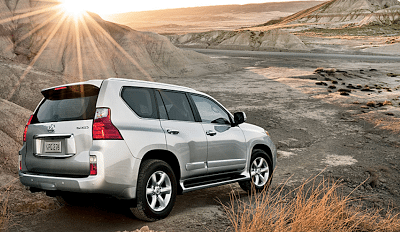 Sales of the Mercedes-Benz M-Class rose on a year-over-year basis for the third consecutive month in June 2013. Although sales are down 6.4% year-to-date, second quarter M-Class volume grew 11%.

So the M-Class is recovering, but it trails the BMW X5 by a couple thousand units through the first half of 2013.

Lexus pursues volume with lower price tags, and pursues it rather well.

The RX350/RX450h outsold the M-Class and X5 – combined – by 5047 units during the first six months of 2013. Lexus’s GX460, meanwhile, is priced a little beyond the M-Class and X5 and, though not a popular SUV, sells more often than the Land Rover LR4 and Volkswagen Touareg.

Not seeing the vehicle you’re looking for? GoodCarBadCar has already listed sales of large luxury SUVs and mainstream SUVs and crossovers, too.

You can click any model name in the tables below to find historical monthly and yearly U.S. sales data. You can also select a make and model at GCBC’s Sales Stats page. These tables are now sortable, so you can rank luxury SUVs and crossovers any which way you like. Suggestions on how GCBC should break down segments can be passed on through the Contact page.