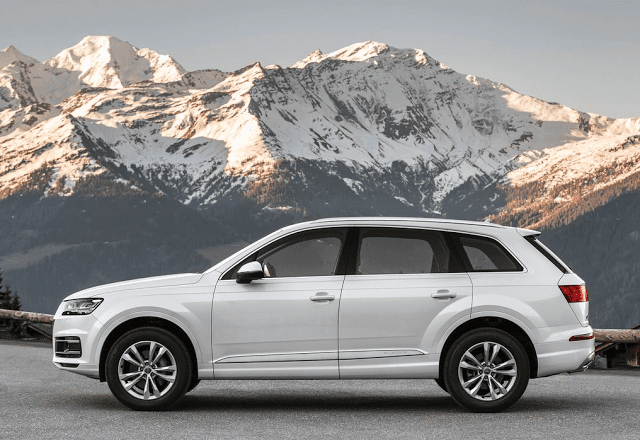 Across the sector, led by the Lexus RX, luxury SUV/crossover sales are up 16% through the first two months of 2016, a gain of 21,000 sales for the 11 premium brands which market utility vehicles.

Of the 40 or so nameplates, including a handful of flagship models displayed in this post, only 13 are selling less often in 2016 than they were at this stage of 2016. The sharpest declines belong to the Mercedes-Benz GL-Class and Land Rover Range Rover Evoque.

On the whole, however, improvements are the norm.

Source: Automakers & ANDC
* indicates a vehicle which is also shown in another GCBC segment breakdown
° Mercedes-Benz USA began combining GLK and GLC sales figures – and GLE and M-Class figures – in February 2016’s sales report.
GCBC isn’t here to break down segments, an impossible task for any group, but to display sales data for the sake of comparison. The more ways sales data can be displayed, the better. This explains you’ll see the XC70 listed with luxury cars as well as with SUVs and crossovers and the Touareg with luxury SUVs and mainstream SUVs… because readers have wanted it both ways. You can always find the sales results for EVERY vehicle and form your own competitive sets by using the All Vehicle Rankings posts.